Ashleigh Barty ahead of Wimbledon final: ‘A lot of the time your greatest growth comes from your darkest times’ 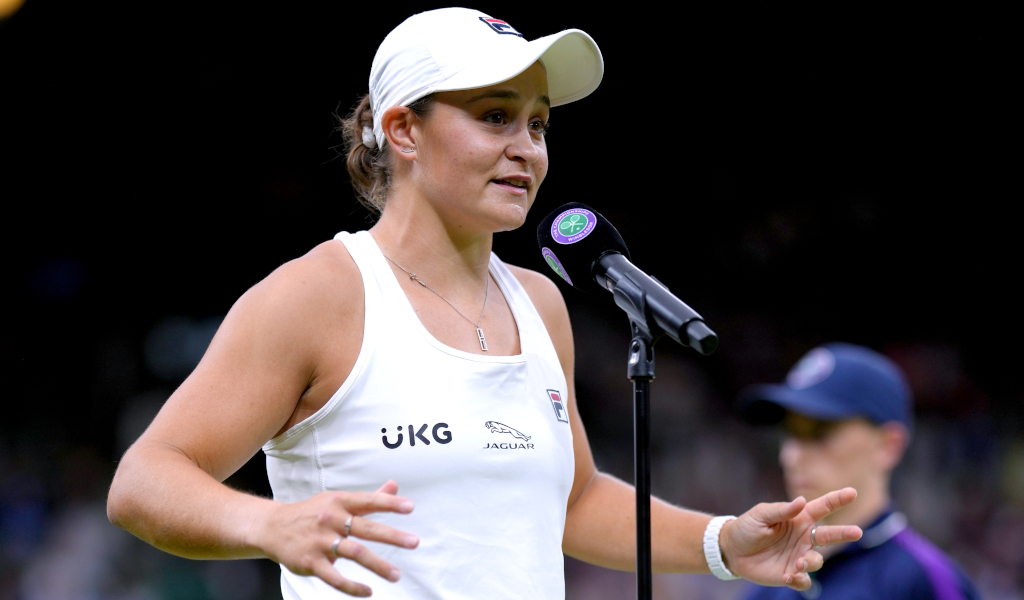 World No 1 Ashleigh Barty says her determination to win Wimbledon comes from tough defeats she suffered in 2018 and 2019.

Ten years on from winning the junior title as a 15-year-old, the Australian can follow it up in the main event as she takes on Karolina Pliskova in the women’s final on Saturday.

Barty has always been destined to do well at SW19, but a third-round defeat to Daria Kasatkina in 2018 and a fourth-round loss as top seed to Alison Riske in 2019 hurt her and left her questioning whether she would ever get a shot at the title.

“I wasn’t sure if it would ever happen, honestly,” she said. “I think you have to keep putting yourself in the position.

“I think Wimbledon for me has been an amazing place of learning. I think 10 years ago I came here for the first time as a junior and learned a lot in that week.

“Probably 2018, 2019 was some of my toughest weeks playing. To come away with our losses in those two tournaments, I learned a hell of a lot from those two times.

“I think a lot of the time your greatest growth comes from your darkest times. I think that’s why this tournament has been so important to me. I’ve learned so much with all my experiences, the good, bad, everything in between – I’ve been able to learn from.

And then there were two.

“Just to be able to keep chipping away, keep putting yourself out there, let yourself be vulnerable, just be yourself, knowing that everything that comes with that is an opportunity to learn.”

Barty has put added pressure on herself by coming out and saying this is the grand slam she wants to win the most.

But her coach Craig Tyzzer is impressed with her bravery.

“I think it takes a lot to come out and make a statement like that, to say this is what I want to do. I think it’s always been on her mind.

“It’s probably on every tennis player’s mind that this is the tournament they want to win.

“But to come out and say it is a big step. You put it out there. But Ash has been the sort of person who will put it on the line. She’ll do her best.

Pliskova will provide a tough test on Centre Court as she has found her range with her heavy hitting after a grim couple of years.

It is not her first grand slam final, as she lost at the US Open against then world number one Angelique Kerber.

“So far my second final, second time I’m playing against a player ranked number one,” she said.

Who will be lifting the Venus Rosewater Dish on Saturday?#Wimbledon pic.twitter.com/3DTTaBgh8V

“But, no, I think it can’t be any better than that. You want to play the best player in the final. Of course, I don’t want anybody else but her there.

“I mean, we had some good matches. Of course, I lost couple times. But I think she has an extremely difficult game to play. It’s going to be difficult on grass because of her slice and just her game overall.

“It’s a final. Anything can happen. I know she has a grand slam, but also for her is the first Wimbledon final.

“I think we both have good chances. It’s going to be hopefully a good match to watch as well because with her it’s always interesting. We’re going to see what’s going to happen.”