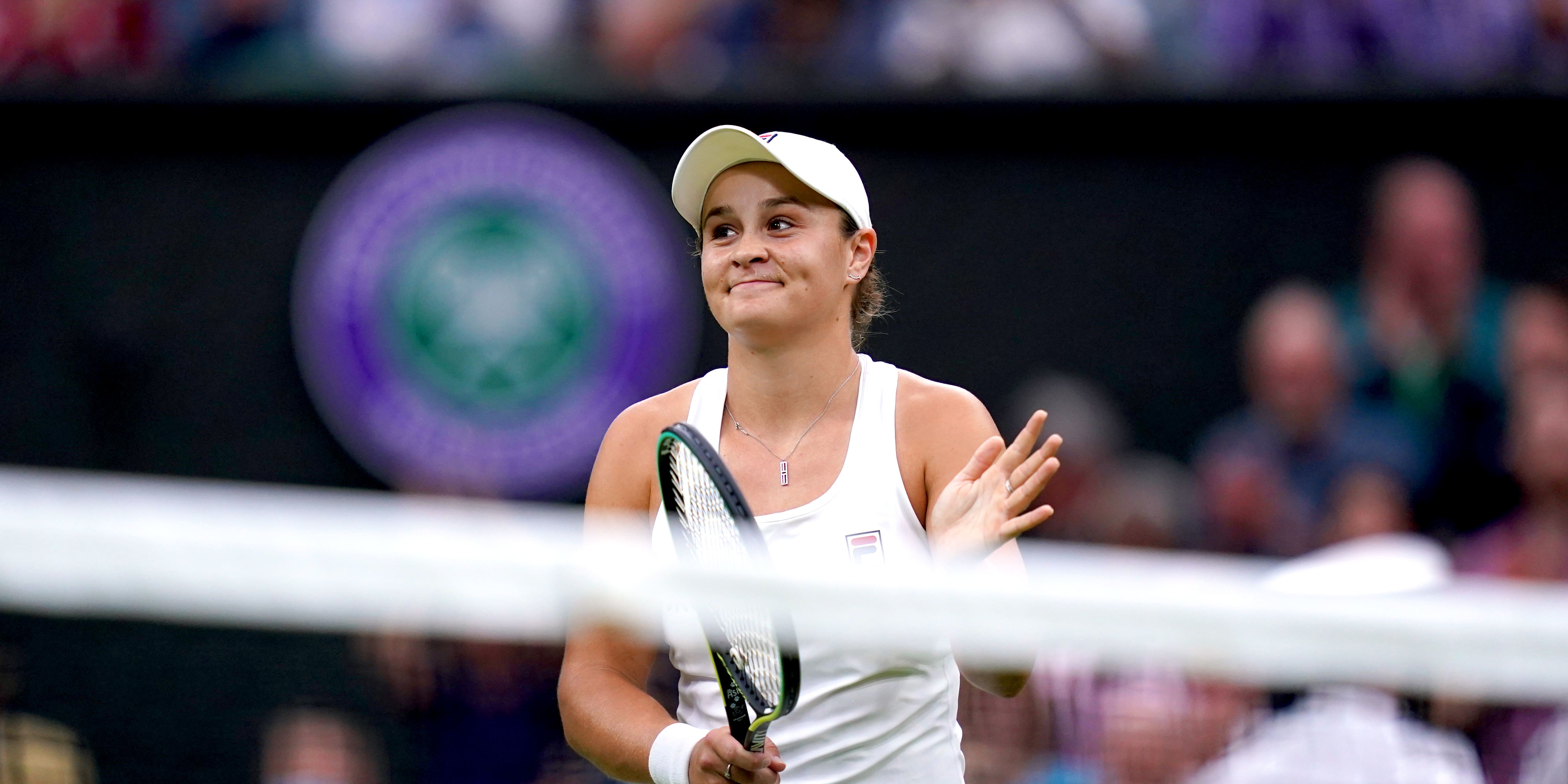 The 25-year-old powered into the semi-finals for the first time after hitting 23 winners, including an ace on match point, in a ruthless 6-1 6-3 victory.

Barty, who won the French Open in 2019, said: “I feel good. I think obviously playing on grass is very different. It’s a different surface.

“The clay season was quite long. As for the grass season for me, it’s one tournament, pretty cut-throat. I think it’s about allowing myself time to feel relaxed on the court, to learn about the surface, to continue to kind of find my rhythm and find my groove on the grass.

“But I think today I was able to use my weapons a little bit better and just bring the ball back into my patterns a bit more regularly. I certainly wasn’t as loose as I have been with errors and kind of ill-timed lapses, I suppose.

“But I felt really sharp today. I felt like I knew I needed to bring that level in order to match it with Ajla.”

Barty will face the 2018 Wimbledon champion Angelique Kerber in the last four on Thursday.

“It’s not scary or overwhelming, it’s just exciting,” added Barty. “It’s exciting to have the challenge of playing someone who is comfortable on these courts, who knows how to win this tournament.”

Tomljanovic, who was Emma Raducanu’s opponent on Monday night when the British teenager had to retire with breathing difficulties, admitted she found her first Centre Court experience intimidating.

“I would say it started feeling like that once I got down a double break because everything started going really quickly, and she was playing well,” said the world number 75.

“But, yeah, definitely the fact that it was Centre Court, quarters for the first time, did play a role in playing against Ash, someone who looked very much at home. It wasn’t easy.”