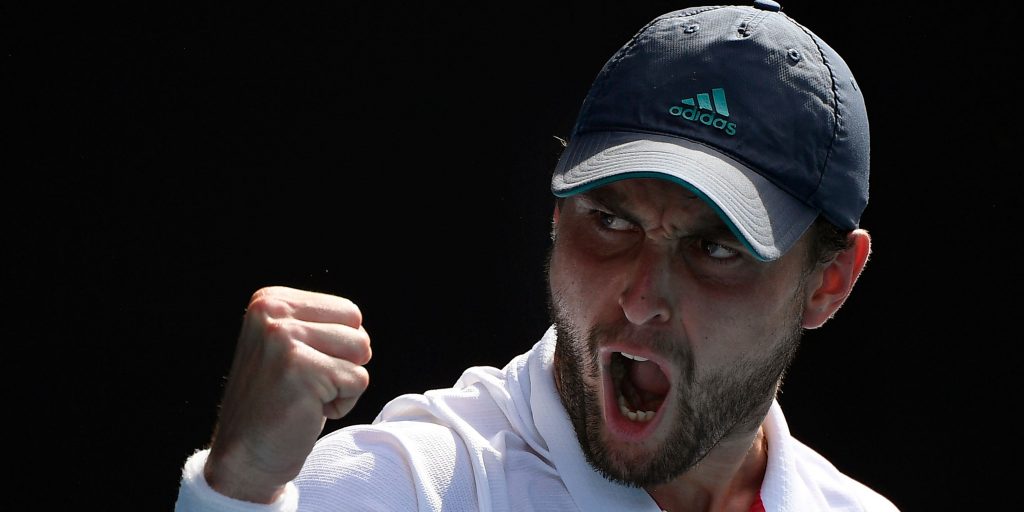 Aslan Karatsev became the first Grand Slam debutant in the Open Era to reach the semi-finals after beating an injured Grigor Dimitrov at the Australian Open.

Dimitrov won the first set but became increasingly hampered by a back spasm and during the third and fourth sets was struggling to serve and move around the court.

He persevered to the end but there was no doubt about the outcome as Karatsev continued one of the most remarkable grand slam runs with a 2-6, 6-4, 6-1, 6-2 victory.

The 27-year-old Russian has plied his trade in the lower reaches of the sport for his whole career, never breaking into the top 100, only to come through qualifying and storm through the draw at Melbourne Park.

Speaking on court, Karatsev said: “It’s an unbelievable feeling. It was really tough at the beginning for me to hold the nerves. I tried to find a way to play in the second set and then in the third set I saw he felt the back.”

At 114 in the world, Karatsev is the lowest-ranked man to reach the semi-finals at a Slam since Goran Ivanisevic won Wimbledon in 2001 while he is only the second qualifier to make the semi-finals in Melbourne after Bob Giltinan in 1977.

His scalps have included Diego Schwartzman, Felix Auger-Aliassime and now Dimitrov and, with both his potential semi-final opponents Novak Djokovic and Alexander Zverev also dealing with injuries, it is not impossible he could go further.

“I try not to think about (that),” he said with a smile. “I try to play every match, going from match to match.”