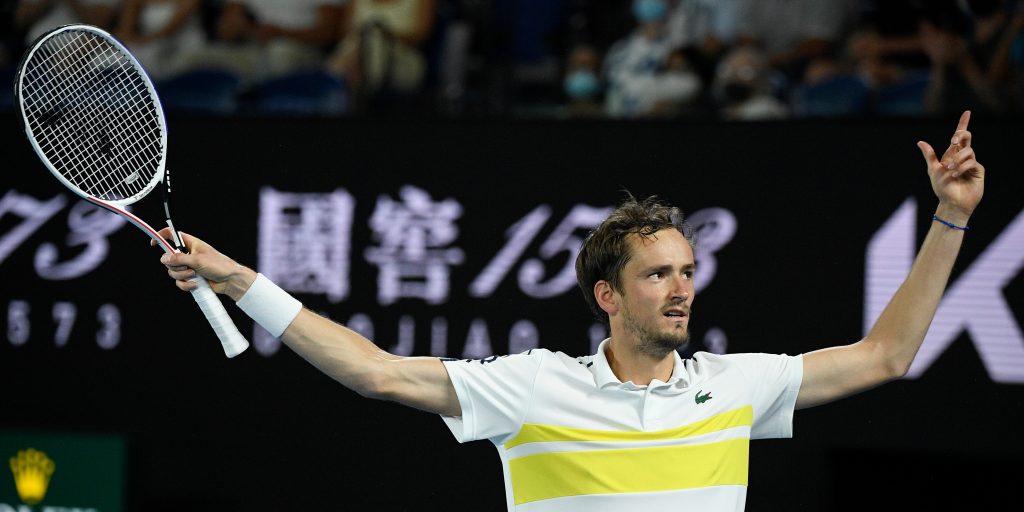 Tsitsipas was unable to follow up his brilliant victory over Rafael Nadal as fourth seed Medvedev won 6-4, 6-2, 7-5 to reach his second grand slam final.

Joe Salisbury and Rajeev Ram will go for a second straight men’s doubles title in Melbourne after Salisbury won the battle of the British players against Jamie Murray and Brazilian Bruno Soares.

Bowing out on top

Sabalenka and Mertens won their second Grand Slam title together to ascend to the top of the doubles rankings. But it will be their last for the foreseeable future, with Sabalenka prioritising her singles career.

She said: “I know that doubles, it’s not that hard, you’re not moving that much (compared to) singles. It still takes a lot of energy. I just want to save it for singles. I just want to try something different this year and see what happens in the grand slams.”

Russian Daria Kasatkina broke into the top 10 in 2018 aged just 21 but has struggled since with a lack of confidence.

Now she is a title winner again after beating Marie Bouzkova 4-6, 6-2, 6-2 in the final of the Phillip Island Trophy – the WTA event put on at Melbourne Park to give players who lost early in the Australian Open extra matches.

“I felt like one big backpack with the stones gets out from my shoulders,” she said.

Welcome back Andy! The last wildcard is for 2009 champion and former number 1 of the world @Andy_Murray, who will make his return to Rotterdam for the first time since 2015. #atptour #andymurray #wildcard #abnamrowtt #tennis pic.twitter.com/TZBSJfUVvz

Andy Murray will play his first ATP Tour event of the season in Montpellier next week, and the former world number one, who was forced to miss the Australian Open after an untimely bout of coronavirus, has added another tournament to his schedule, receiving a wild card for the ABN AMRO World Tennis Tournament in Rotterdam beginning on March 1.

Naomi Osaka and Jennifer Brady go head-to-head for the women’s singles title on Saturday. Osaka is bidding for her fourth title in her fourth final while 25-year-old American Brady is through to a grand slam decider for the first time.