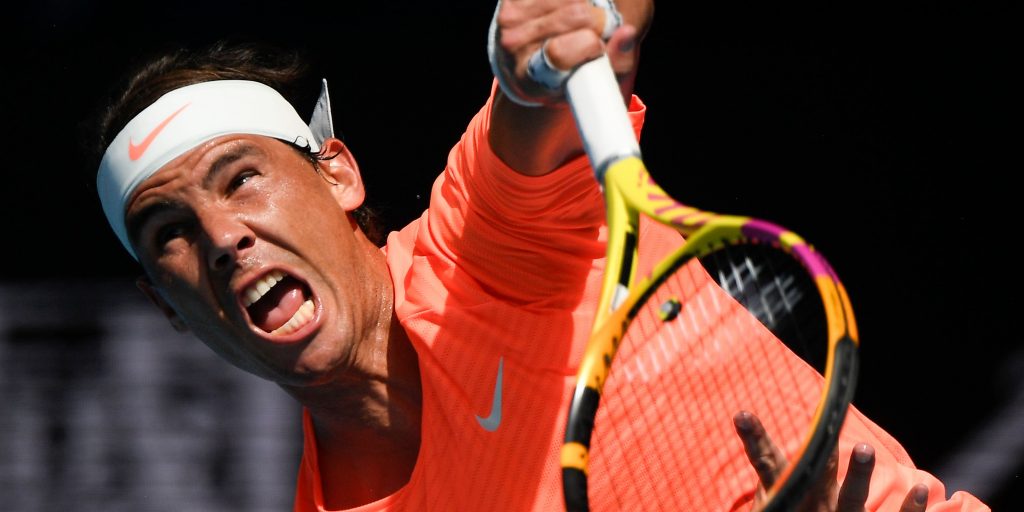 Rafael Nadal reached the quarter-finals of the Australian Open without dropping a set, comfortably seeing off Fabio Fognini.

He next faces Stefanos Tsitsipas, who received a walkover because of Matteo Berrettini’s abdominal injury, while Russian duo Daniil Medvedev and Andrey Rublev will meet for a place in the last four.

Ashleigh Barty’s smooth progress through the draw continued with a 6-3, 6-4 victory over Shelby Rogers. American Jessica Pegula produced the upset of the day by knocking out fifth seed Elina Svitolina. 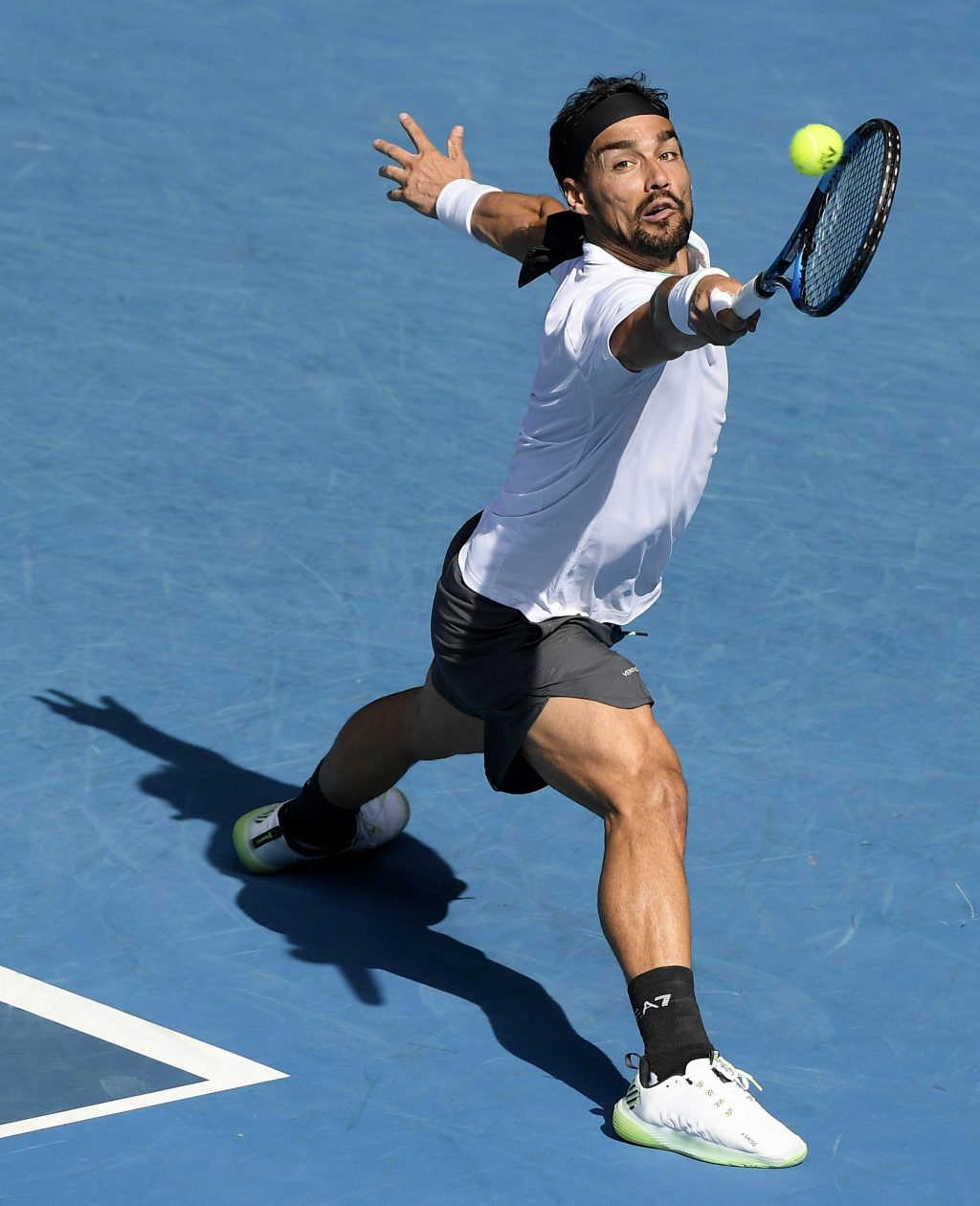 Nadal has barely put a foot wrong on court so far but he had an awkward moment in the press conference room when he let slip that Berrettini had pulled out before it was officially announced, then endearingly tried to salvage the situation.

The second seed said: “I made a step forward today, something that I needed, and I need to make another one for Wednesday against Tsitsipas, I think it’s going to be. Is it official? He’ll play tonight? OK. I think I heard that Berrettini was a little bit injured but not official at all. Sorry for that. But, yeah, something – well, I messed it up.”

Pegula comes from a sporting family in the sense her parents, Terry and Kim, own a number of teams, including the NFL’s Buffalo Bills and NHL side the Buffalo Sabres. The 26-year-old spoke about what she has taken from watching the Bills after reaching the last eight.

“It’s definitely something I think I tried to take into my game a little bit, even watching the team getting that grit, that competitive attitude, having that mindset,” she said. “I think it’s been really cool to watch them and kind of channel that energy into how I’ve been doing.”

Serena Williams’ clash with Simona Halep is the standout match as the quarter-finals get under way on Tuesday.

Halep will attempt to repeat her victory from the Wimbledon final two years ago. In the other women’s match, title favourite Naomi Osaka takes on first-time quarter-finalist Hsieh Su-wei.

Novak Djokovic faces another test of his injured abdominal muscle when he meets sixth seed Alexander Zverev, with the winner to meet either Grigor Dimitrov or qualifier Aslan Karatsev.