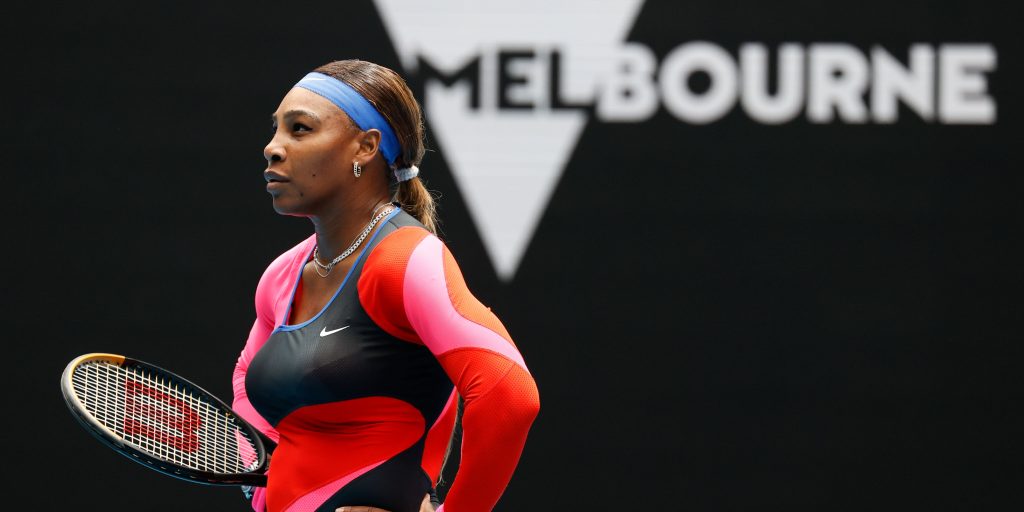 The first Grand Slam of 2021 got under way at Melbourne Park as a monumental logistical effort to get the Australian Open on paid off.

There were routine wins for Novak Djokovic, Serena Williams, Dominic Thiem and Simona Halep, though 10th seed Gael Monfils was the biggest casualty of the day.

Here is a look at the first day’s action.

The elder Williams sister explained how she still puts tennis first aged 40 after winning in what was her 88th main draw match at a Grand Slam.

Rest up @moutet99, you’re moving on to the second round! 👏 pic.twitter.com/xU2Vg0efjy

Serena Williams was in awe of compatriot Tom Brady, after the 43-year-old won a seventh Super Bowl crown. Brady revealed he banished his family from his house in the build-up to the game so he could prepare uninterrupted, but Williams could never bring herself to do that with her three-year-old daughter. After beating Laura Siegemund 6-1, 6-1, she said: “I can totally understand why he would banish because if I had the strength to do it, I would too. I could see it’s definitely a distraction, especially every year that I’ve played except for the past few months, I finally am starting to get better at it. The first two and a half years was very difficult.”

A post shared by Wide World of Sports (@wwos)

Monfils showed his emotion in a press conference after a five-set loss to Emil Ruusuvuori. The Finnish player had been Monfils’ hitting partner during the two-week quarantine and clearly made notes as he earned an impressive 3-6 6-4, 7-5, 3-6, 6-3 win.

The Frenchman did not take it well after the game, fighting back the tears. He said: “I don’t have any confidence. I would like to get out of this nightmare but I can’t. I don’t know when it’s going to end. It’s hard. Every time I get here I feel judged, I’ve lost again.”

When Bianca Andreescu won the 2019 US Open as an 18-year-old she had the tennis world at her feet, but just a month later she suffered a knee injury. Fifteen months later she finally made her comeback, beating Mihaela Buzarnescu 6-2, 4-6, 6-3. She admitted to having tears the night before her long-awaited return.

She said: “Last night I did cry, and I’m not afraid to say that because everyone cries sometimes. But it’s a good release for me because in my head, all I was thinking about were the last 15 months and how tough they were, and they were tough for many reasons.”

There is plenty of British interest on day two as Johanna Konta, Fran Jones and Heather Watson begin their campaigns in the women’s draw while Dan Evans, fresh from winning his first ATP Tour title in the build-up, faces fellow Brit Cameron Norrie.