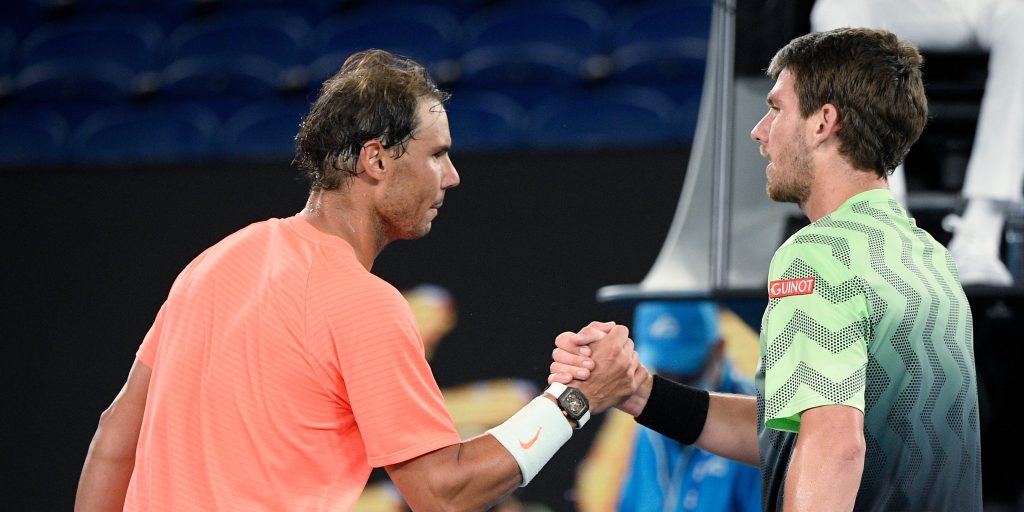 British singles hopes at the Australian Open ended with a 7-5, 6-2, 7-5 defeat for Cameron Norrie against Rafael Nadal in the third round.

Here, here is a wrap of day six from Melbourne.

Okay so is anyone else getting emotional or is it just us? ❤️@DonnaVekic | #AusOpen | #AO2021 pic.twitter.com/DrBjNMTNru

Kaia Kanepi, who knocked out defending champion Sofia Kenin in the second round, had another seed in her sights as she led Donna Vekic by a set and 3-0. However, the Croatian sprang to life, saving match points, to earn a 5-7, 7-6 (7-2), 6-4 victory.

Undefeated in their last 8 matches at the @australianopen#BackTheBrits 🇬🇧 pic.twitter.com/WCjd8E1Ixa

British interest in singles may be over but hopes are very much alive in the doubles. Joe Salisbury and American Rajeev Ram are the defending champions and they joined Jamie Murray and Brazilian Bruno Soares in the third round of the men’s event, while Heather Watson is at the same stage of the women’s tournament with Canada’s Leylah Fernandez.

Karolina Pliskova was surprised to find out she could be punished for smashing a racket off court, but she learned the hard way in her 7-5, 7-5 defeat to Karolina Muchova. After already breaking one racket during the first set, which earned her a code violation, she again took her frustration out on a second as she left the court and received another violation, which saw Muchova awarded the first point of the second set.

Whether or not Novak Djokovic takes to the court for his fourth-round clash against Milos Raonic will be the big talking point of Sunday’s action.