Rafael Nadal ‘not feeling great’, but ‘doing everything possible to be ready’ for Australian Open 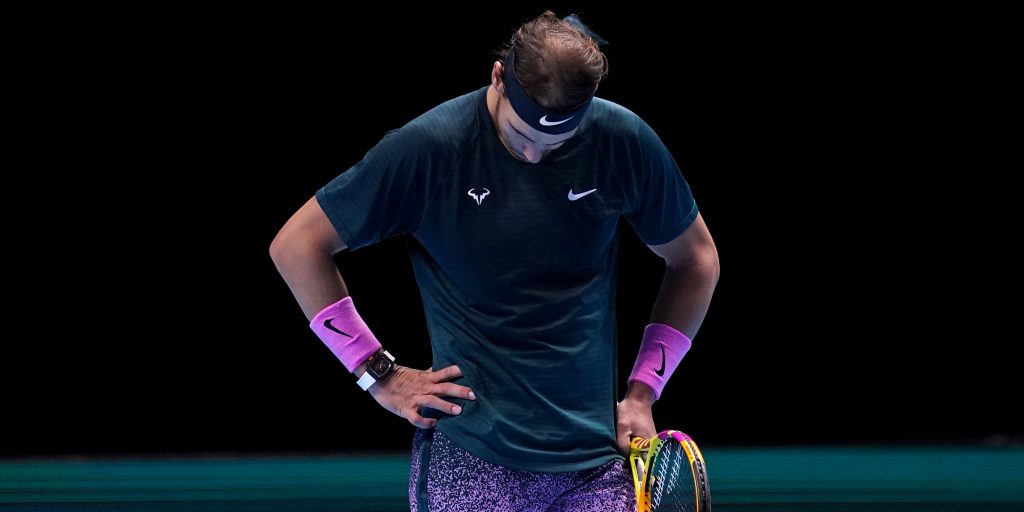 Rafael Nadal’s bid for a record 21st Grand Slam title is in doubt due to a back injury, but the Spaniard remains determined to start this year’s Australian Open against Serbia’s Laslo Djere in the first round on Tuesday.

But the 34-year-old, who was forced to withdraw from Spain’s ATP Cup matches this week, is still struggling with the issue in his lower back.

Nadal, who equalled Roger Federer’s haul of 20 major titles at the French Open last year, said: “Well, I don’t feel great obviously because if not I would be playing at the ATP Cup.

“It’s true that for the last 15 days I have been suffering with the back. So here we are.

“I think about that we are on Sunday. I have tomorrow and then play Tuesday, no? No, I don’t think about not playing.

Hi all, we have decided with #TeamSpain and my team, to not play today the first match of the @ATPCup here in #Melbourne since I have a stiff low back. Hopefully I’ll be better for Thursday. We have a strong team, all the to @pablocarreno91 @BautistaAgut & @M_Granollers #vamos 🇪🇸

“The thing is about in which condition I’m going to start the tournament. I have been practicing great, I think, for lot of weeks, and I’m disappointed about what happened the last couple of weeks, of course.

“The whole positive feelings that I had one, two weeks ago, now disappeared a little bit, of course, because I was not able to practice the right way the last week and a half.

“At the same time I’m still having not the best feeling possible on the back. But I am practicing again.

“I did a lot of things to recover. It’s not serious, but the muscle is still tight, so it’s difficult to play with freedom of movement today.

“Let’s hope the situation keeps improving. I hope to be ready, that’s all. I know sometimes things change quick. I’m going to keep staying positive and keep doing everything I can.

“Let’s see. I can’t say more today because it’s not an important injury but it’s a thing that stays here for a lot of days. Of course, it worries me a little bit.”

World No 1 and tournament favourite Novak Djokovic has no such problems as he begins his bid for a ninth title against France’s Jeremy Chardy.

“I have been feeling more comfortable each year that I’ve been coming back,” he said. “The more you win, obviously, the more confidence you have. It just feels right.”