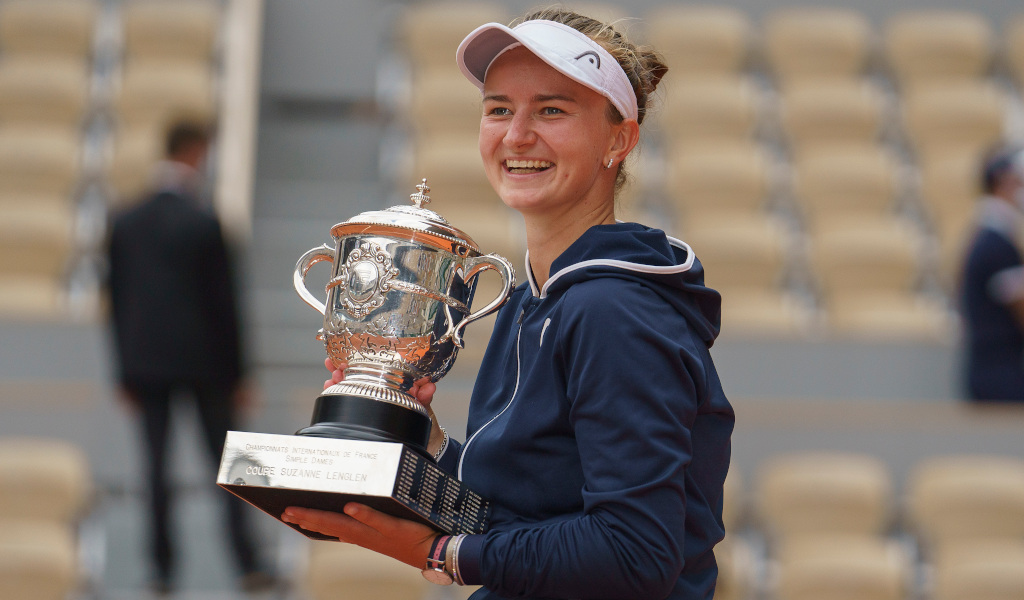 Barbora Krejcikova could feel Jana Novotna looking down on her as she fulfilled their shared dream by winning the French Open title.

The unseeded Czech defeated Russian Anastasia Pavlyuchenkova 6-1, 2-6, 6-4 in one of the most unexpected grand slam finals of recent times to cap a remarkable rise from outside the top 100 less than a year ago.

Krejcikova was coached earlier in her career by Novotna, who died of cancer in 2017 at the age of 49, and has spoken this week about the impact the former Wimbledon champion had on her. 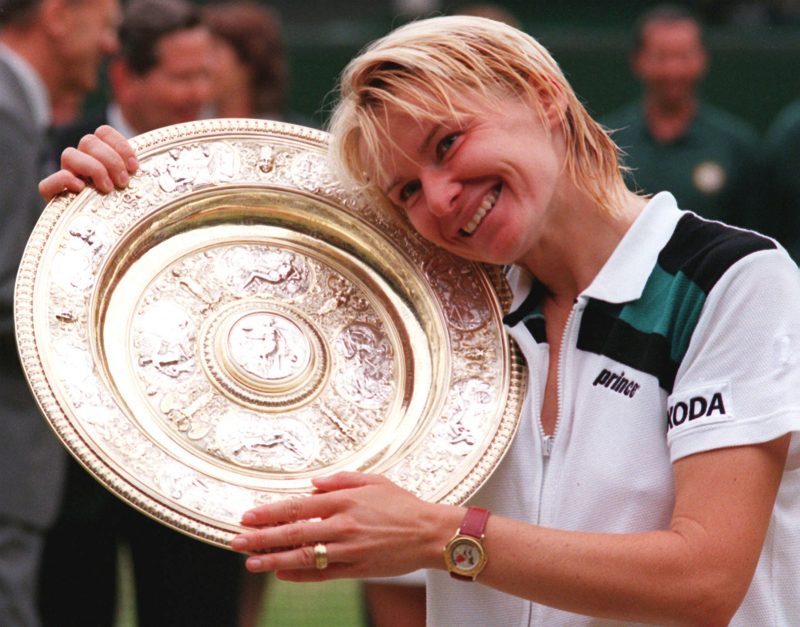 Novotna helped Krejcikova make the transition from junior to senior tennis and, speaking after the match, the 25-year-old explained how hard it had been to see her mentor in the final stages of her illness.

Krejcikova said: “She taught me so many things that I just felt at the end of her life I have to be there. I just have to really support her.

“I knew it’s going to be really bad, I wasn’t really handling the situation well. My parents were telling me not to go, because they’ve seen how it’s actually ruining me. But I just felt like I have to go and I have to support her.

“I also think that she was also happy that I was there. That’s why she’s looking after me right now. That’s actually why I have this many Grand Slams, because she’s just from somewhere above looking after me. She wants me to win. She knows what it means to me, and I know what it would mean to her.”

Krejcikova had been pigeon-holed as a doubles specialist having reached world number one in that discipline but always felt she could be a top singles player, too.

Her breakthrough arrived at Roland Garros last year, when a run to the fourth round helped her move into the top 100, and she has not looked back, winning her first WTA singles title in Strasbourg on the eve of this tournament.

With her 12th victory in a row, Krejcikova, playing in just her fifth grand slam singles main draw, will climb to 15th in the rankings after becoming the third unseeded women’s champion in Paris.

They have all come in the last five years, Krejcikova joining 2017 champion Jelena Ostapenko and Iga Swiatek, who lifted the Coupe Suzanne Lenglen last year.

Krejcikova, who will also have a chance to go for the doubles title alongside Katerina Siniakova on Sunday, looked utterly stunned.

“I’m extremely happy,” she said. “It’s a dream come true, for sure. It’s really hard to put the words together right now because so many emotions, so many things going through my mind.

“I’m just really happy that I was able to handle it as I did, that mentally I think that was the biggest key. I spoke with my psychologist again, and we spoke about it a lot.

“I just knew that as soon as I’m going to enter the court, I’m just not going to be panicking any more. That was actually happening. I was really happy about that.

“It’s something I have always dreamed about, winning here, my first doubles title, then some doubles titles, then winning the mixed ones. Now I was just telling myself, it would be really nice if I can get the grand slam in all three categories. Now it’s happening. I cannot believe it.”

Pavlyuchenkova was playing her first slam final in her 52nd tournament, a decade after reaching the quarter-finals in Paris as a teenager.

Krejcikova was much the more composed in the first set, winning six games in a row, but Pavlyuchenkova steadied herself at the start of the second and levelled the match. 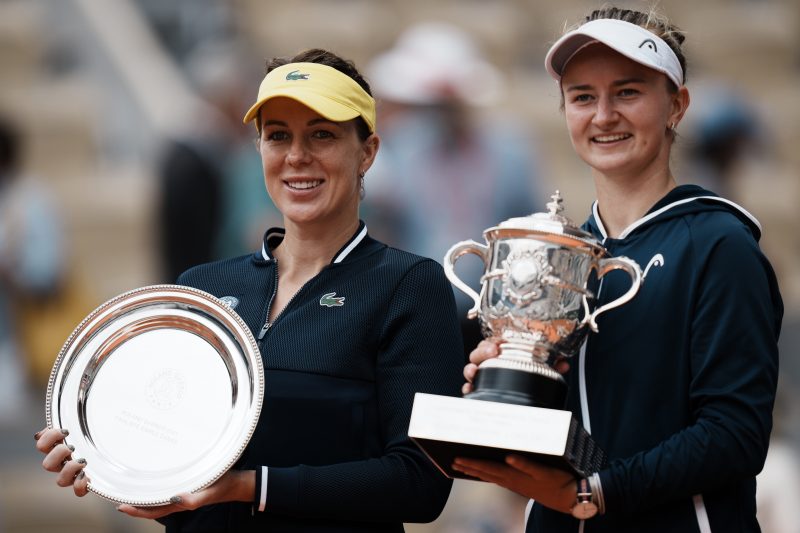 She needed treatment, though, for a thigh problem at the end of that set and struggled physically in the third, with Krejcikova seeing three match points come and go before a Pavlyuchenkova backhand was judged to be just out, leaving players and crowd unsure whether it would be checked or not.

Umpire Kader Nouni stayed in his chair, and Pavlyuchenkova said later: “I looked at him, and then I asked him also after if he was sure it was out. He was pretty convinced it was out. What can you do?”

It has nevertheless been a brilliant fortnight for the 29-year-old, who has shown that perseverance can pay off.

“It’s never easy to be a runner-up,” she said. “I still have to be grateful for these two amazing weeks.

“I’ve said to my brother, a couple of weeks ago, we sat at one cafe, we were having coffee. He told me, ‘I got you. I really believe in you. I think you can do well this year.’ I said, ‘Yeah, I also believe in me, but I feel like I need more time. I’m not fit enough yet.’

“Then Madrid semi-final, and now French Open final, which honestly, it’s unexpected to me. But I think it’s two positive weeks.”