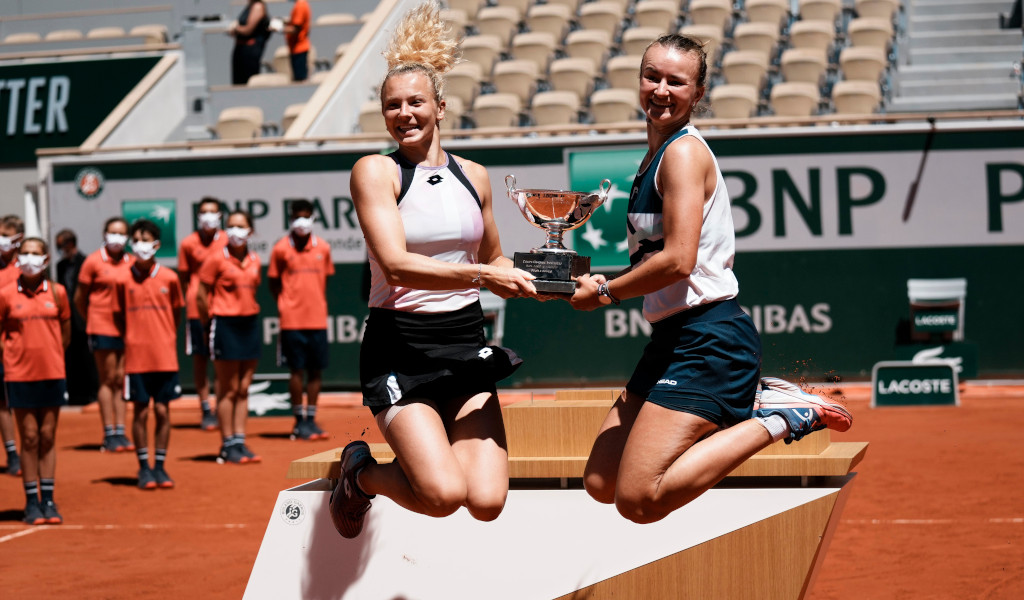 Barbora Krejcikova completed a dream fortnight by becoming the first woman for 21 years to win singles and doubles titles at the same French Open.

A day after lifting her first Grand Slam singles trophy with victory over Anastasia Pavlyuchenkova, Krejcikova joined fellow Czech Katerina Siniakova for a 6-4, 6-2 victory over Bethanie Mattek-Sands and Iga Swiatek.

Krejcikova emulates France’s Mary Pierce, who achieved the feat in 2000, and wins her seventh Slam trophy.

Krejcikova and Siniakova won titles at Roland Garros and Wimbledon in 2018, while she has won the mixed doubles at the Australian Open for the last three years.

The 25-year-old admitted it was hard to focus on another final, saying: “It was really difficult. Yesterday, so many emotions and everything. I didn’t really sleep well.

“I woke up in the morning and I felt really tired. I can actually say that out loud right now, I’m having some pains in my leg.

“I’m really happy that it went this way. I actually went really relaxed today when I went on court. I was just trying to really support my partner and also just try to cheer her up a little bit, because we already played finals in Australia. She said, ‘I felt I was playing bad there, I don’t want to play like this again’.

Congratulations @BKrejcikova! So happy for you to win your first grand slam singles title at @rolandgarros. What an incredible moment for you! 👏🏻 🏆

“I’m like, ‘No worries. You are not going to screw it up to me. It’s fine. Just let’s go. Let’s keep playing. Let’s keep working. Let’s fight for every single ball.’

“I’m super happy that she was just really playing today really well. She was really helping me. I’m really thankful to her that she was there, that she was standing next to me. It felt a little bit easier than yesterday.

“I’m just really happy that we have another title and looking forward we are going to continue with our co-operation at Wimbledon and also for the Olympics. I hope there’s going to be a bright future for us.”

Krejcikova was planning to relax her teetotal approach for a well-deserved celebration before heading home to the Czech Republic to try to take in her achievements. 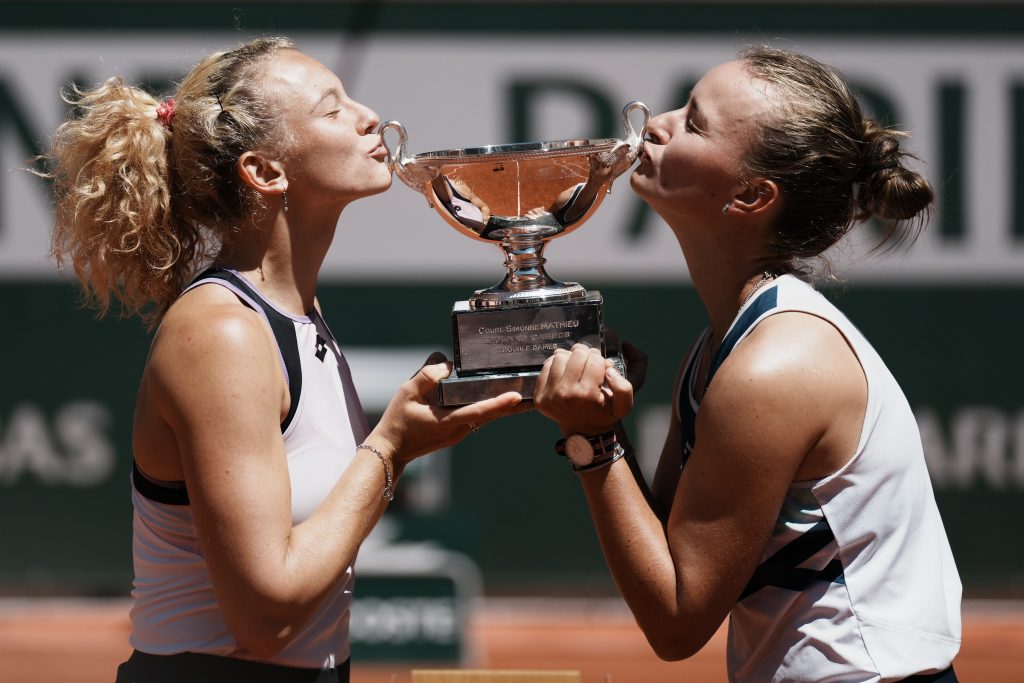 “The rest, I just want to go back home. I just really have to relax. I have to spend some time with my family. After that just start to work again.”

Krejcikova is the 12th first-time Slam champion on the women’s side since the start of 2016. Of those, only four have so far gone on to win another title, and it remains to be seen whether Krejcikova can build on her success by becoming a regular challenger in singles.

Krejcikova will be making her singles main draw debut at Wimbledon as a seed having been ranked outside the the 100 less than a year ago.

She said: “I hope I’m going to have some chances on the grass, but I don’t really know because I’m not that experienced on it. We will see. I’m just really looking forward to playing the next tournament and every tournament.

“Right now, after all of this happened, this last two weeks, last two days, I feel really relieved and relaxed. I just know from now on I can really enjoy because I have pretty much achieved everything I really wanted.”