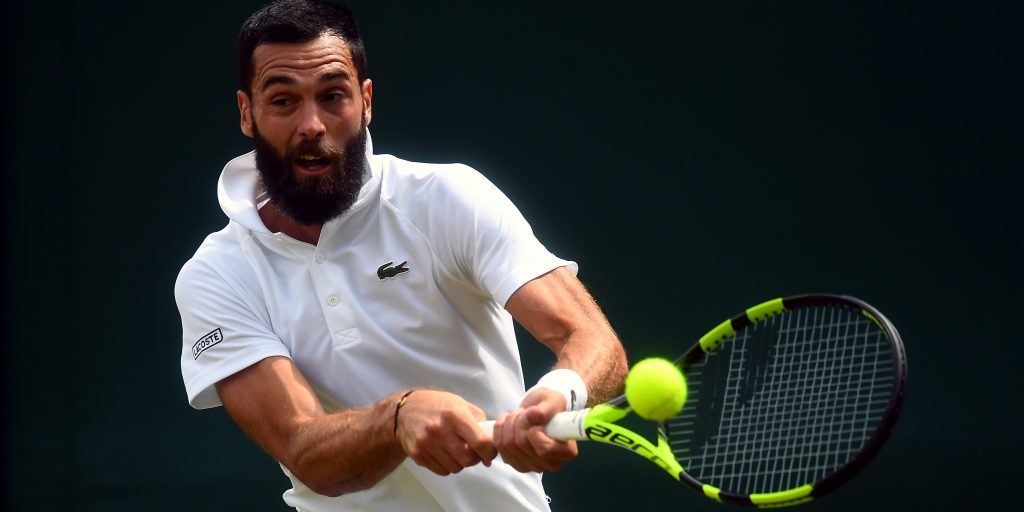 Benoit Paire retired during his first-round match at the Hamburg European Open and then revealed he had been allowed to play despite testing positive for Covid-19.

The Frenchman was barred from competing at the US Open after testing positive and required to quarantine.

Paire subsequently tested negative in Rome last week, only to test positive again in Hamburg, although his most recent test was negative.

The tournament doctor told reporters that, under local rules, individuals are not considered infectious so long after initially testing positive and therefore Paire was allowed to compete.

The rules are different for the French Open, where any positive test means immediate elimination from the event.

Paire cited tiredness after retiring during his clash with Casper Ruud while trailing 6-4 2-0, writing on Instagram: “When is it going to end?”

The ATP later issued a statement on clearance to play protocols, saying the system had been developed by experts in public health and infectious disease.

“Protocols have also been designed to comply with differing local health regulations in each market where ATP tournaments are held, to provide a safe means for returning to competition,” the statement read.

“In the case of Mr Benoit Paire, who first tested positive for Covid-19 several weeks prior to 2020 Hamburg European Open, initial test results at the tournament once again indicated him as positive.

“In light of Mr Paire’s medical history with Covid-19, his results were then subjected to further medical analysis for conclusive assessment.

“Following a full evaluation of the player and assessment of his medical testing profile, Mr Paire was cleared to compete at the tournament in compliance with local health regulations and ATP protocols. Mr Paire subsequently returned a negative Covid-19 test result prior to his first-round match.”

Second seed Stefanos Tsitsipas claimed his first ATP Tour win of the season on clay, beating Dan Evans 6-3 6-1 inside an hour, while Andrey Rublev and Cristian Garin both reached the quarter-finals.

Rublev’s reward is a last-eight showdown with fourth seed Roberto Bautista Agut, who beat Dominik Koepfer 6-3 3-6 6-3, while Garin will face Alexander Bublik after the man from Kazakhstan eased past Felix Auger-Aliassime 6-4 6-2.