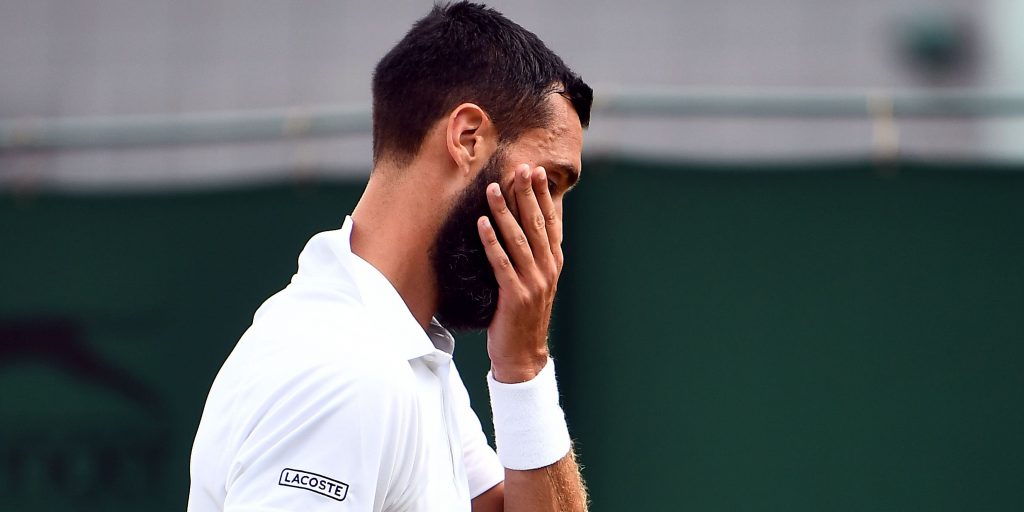 Controversial Frenchman Benoit Paire received a code violation for a lack of effort and was heckled by a supporter as he crashed out of Wimbledon.

A supporter was heard to shout ‘you’re wasting everybody’s time’ from the stands on Court Two, while umpire Mohamed Lahyani issued a warning.

Paire has continually voiced his frustration about life in the tennis coronavirus bubble.

Andy Murray beat the 32-year-old 6-3, 6-2 at Queen’s Club on his comeback a fortnight ago and described the match as not “particularly taxing”.

Speaking in his press conference afterwards, Paire insisted: “I do not care about the people. I play for me and that is it. I do not play for people.

“I just try to stay in my room, do my Covid test. I disagree with everything. I like the tournament.

“The thing I don’t like is how they treat us, like ‘stay in bubble’ and everybody is out in the city.”