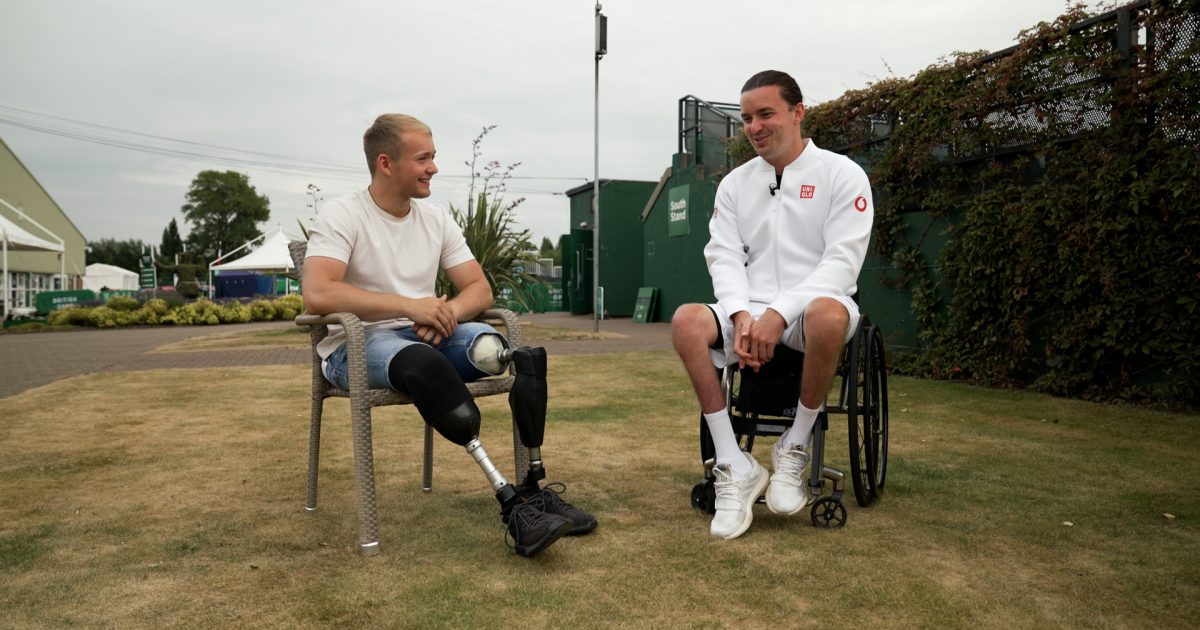 Former racing driver Billy Monger has set out on a challenge to make his mark in wheelchair tennis.

After making contact with an unsighted, stationary car at over 120mph during a British F4 race at Donington Park circuit, Billy was left with life-changing injuries and received amputations to both legs.

Despite the huge personal challenges that lay ahead, Billy wasted no time in setting out his goal to continue his racing career and he also aiming to take his competitive edge into other sports.

After he took on Paralympic sporting challenges for ‘Billy Monger: Changing Gear’ last summer and featured in C4’s presenting team at the Paralympic and Paralympic Winter Games in 2021 and 2022, Billy is embarking on his own journey with wheelchair tennis, looking to further break-down boundaries to bring new audiences closer to the sport.

The series – with a new episode released each week this September across the LTA’s digital channels – documents Billy’s introduction to wheelchair tennis at the British Open Wheelchair Tennis Championships, following him from his first time in a chair, through to joining players from the LTA London Wheelchair Local Tennis League, before taking on his first competitive match.

Coached and mentored by elite British players and LTA coaches, Billy showcases The National Lottery-funded LTA Wheelchair Tennis Performance Pathway, as he meets a host of individuals involved on their own journey with the sport, whilst on his way to his final wheelchair tennis challenge.

“After the briefest of tennis-playing experiences when I was younger, the British Open Wheelchair Tennis Championships was my first event where I got to see the wheelchair tennis pros up close and personal,” Billy told the LTA.

“The opportunity to learn more about the sport and compete with the best British players was one I couldn’t pass up. More people are coming to the sport all the time and I’ve decided it’s time to join them.”

Monger’s high-profile promotion of wheelchair tennis is likely to be backed up by strong performances for Britain’s wheelchair players at the US Open in New York this week.

There have been so many highlights for Britain’s wheelchair tennis players in the last few years and Rob Cross, the LTA’s Head Coach-Wheelchair Performance Pathway, is confident there is much more to come at this year’s US Open.

Cross leads a coaching programme that supports British stars such as Alfie Hewett, Gordon Reid, Lucy Shuker and Andy Lapthorne, who continue to produce impressive results in the four major tournaments and on Paralympic stages.

In addition, he also oversees the programmes producing the next generation of British wheelchair tennis stars, with teenager Ben Bartram heading to New York with high hopes as he prepares to play in the first junior wheelchair event to be contested at a major championship.

“We have had great success, but there is so much more to come,” said Cross.

“Will it ever be equal with the able-bodies game? Probably not, but that’s fine. It’s being more respected, which is the first part of it.

“The prize money is growing but I think where it needs to go is that the tournaments will get bigger and provide more access to finance and funds for other players. At the minute the US Open have done a ground-breaking thing by expanding their draw.

“Hopefully the other Grand Slams follow that, but also the players who aren’t in the Grand Slams who want more opportunities to make a living in tennis and that will make the sport grow more.

“At the moment, it’s just the top players who can make a living, away from that it’s difficult. The sport will grow if we can have more players earning a living, so hopefully that can happen quickly.