‘I don’t really have words for it,’ says Botic van de Zandschulp after upsetting Diego Schwartzman 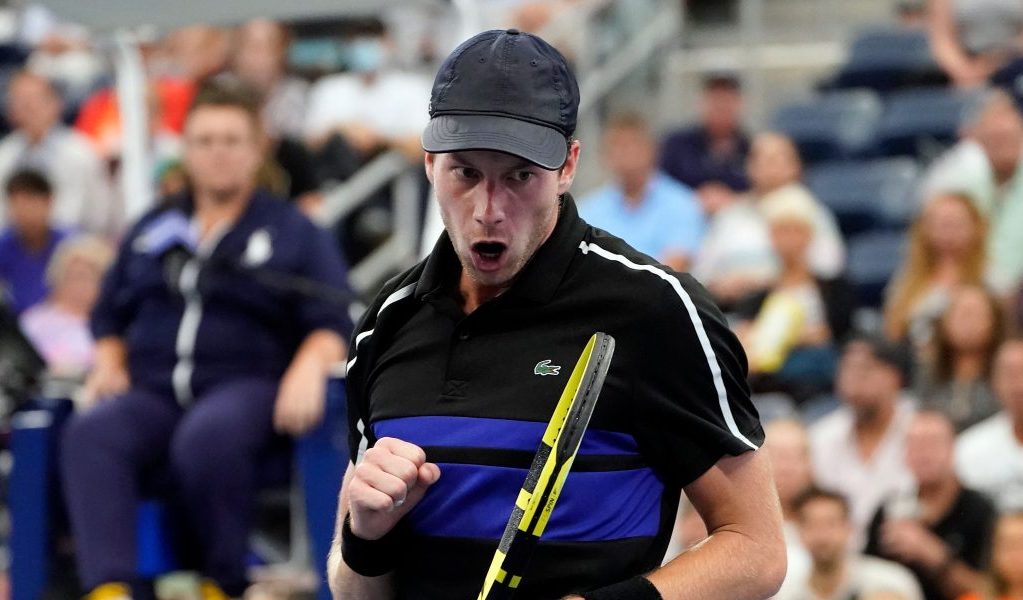 Qualifier Botic van de Zandschulp made it a double Dutch celebration on Sunday when he stunned 11th seed Diego Schwartzman in a major upset at the US Open.

Hot on the heels of Max Verstappen’s victory at the Dutch Grand Prix win, Holland can now boast a Flushing Meadows quarter-finalist after Van de Zandschulp won a five-set marathon 6-3, 6-4, 5-7, 5-7, 6-1.

The world No 117 raced away with the first two sets and was a break up in the third when Argentinian Schwartzman mounted a comeback.

He is now into the quarterfinals.

When Van de Zandschulp squandered two match points in the fourth the momentum seemed to be firmly with Schwartzman.

But the 25-year-old somehow managed to reset, grabbing a double break in the decider and finishing Schwartzman off with a nerve-jangling fifth match point to become only the third qualifier to reach the quarter-finals in US Open history.

Van de Zandschulp said on court: “I don’t really have words for it. I played so many matches here, some of them from the brink of defeat, but I pulled through every match.

“For the first time in the tournament I won the first set. Even the first two – and I still almost ended up losing the match.”