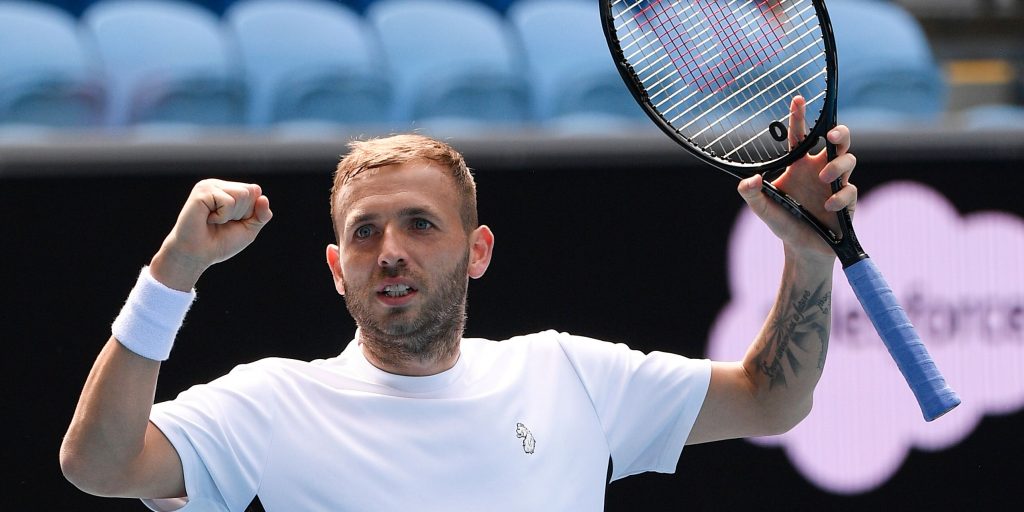 Dan Evans claimed his first ATP tournament by defeating Canada’s Felix Auger-Aliassime in the final of the Murray River Open in Melbourne on Sunday.

The British No 1 took out the lead-up to the Australian Open, which begins on Monday, by beating the Canadian 6-2, 6-3.

The perfect end to a perfect week 👏

The 30-year-old from Birmingham made it third time lucky, however, upsetting the 21st-ranked Auger-Aliassime in one hour 17 minutes.

The victory was not without its anxious moments, with Evans serving for the match at 5-2 in the second set only to be broken.

But he immediately hit back to break the third seed in the subsequent game and secure the win.

Evans dominated his 20-year-old opponent in most facets of the game, with 73% of his service points to Auger-Aliassime’s 53%, and winning 47% of return points compared with the Canadian’s 27%.

The Briton played a consummate match overall, dropping just the one service game to Auger-Aliassime’s five, refusing to allow his opponent to get into any rhythm, and with his backhand slice in particular exerting pressure on the Canadian, who committed 32 unforced errors.

The long-awaited win for Evans came despite the fact he is playing without a coach while in Australia.

Evans split from mentor Mark Hilton last year after the coach decided to take up a full-time role with the Lawn Tennis Association.

Evans had a trial with Australian Chris Johnstone ahead of this week but it did not work out, leaving the 30-year-old with only his girlfriend and an Australian-based friend in his team.

Auger-Aliassime was bidding for his first title in his seventh final.