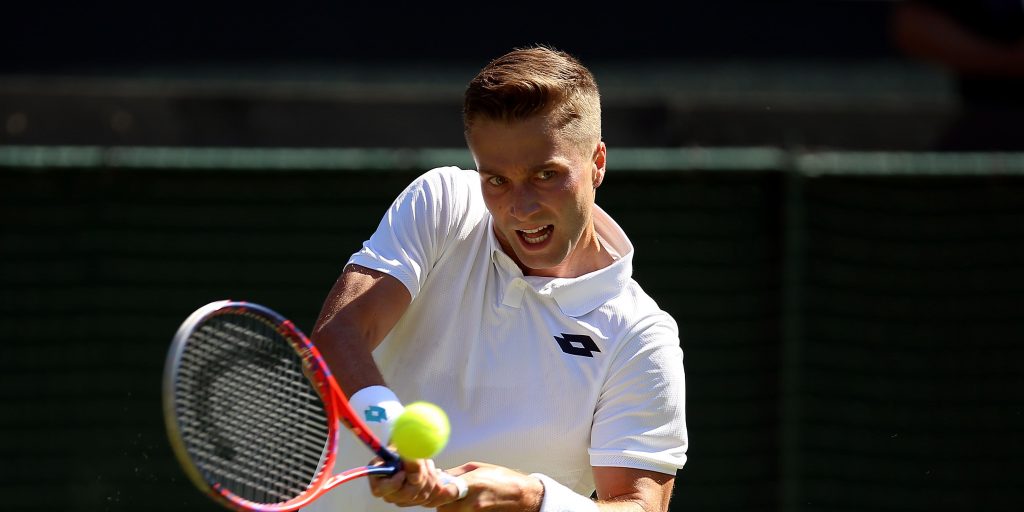 Mindfulness and a growing maturity have helped Britain’s Liam Broady hit the form of his life.

The 27-year-old has already won 13 matches at second-tier ATP Challenger Tour level in 2021, reaching two finals, and two more wins in qualifying for the Miami Open this week have seen him reach the main draw of one of the biggest events on the ATP Tour.

That may already be enough for him to surpass the career-high ranking of 154 he set in 2018, even if he loses his first-round clash with Miomir Kecmanovic on Thursday.

A top junior, Broady’s career has not yet sparked into full flame, and he has been open about the mental challenges of life well out of tennis’ spotlight, but the signs are promising that his best days are to come.

He told the PA news agency: “I’ve read players’ interviews who have gone on these runs because I’ve always been like, ‘Damn, what is it that you’ve changed?’

“It’s not much that’s changed over the last year or two. I’ve probably been a bit more focused and a bit more committed towards the tennis and taking care of the stuff around the court a lot better, which I think has made a bigger difference on the court.

“There’s routines I do every day. I get ripped for this, but I do a little bit of mindfulness each morning, a yoga-type thing, and I’ve got a lot more consistent with that.

One match for the Biella 👑

🇮🇹 Andreas Seppi: Bidding for #ATPChallenger title No. 10 and first since 2019.

“My diet and stuff. I suppose because of Covid there’s less opportunity to get up to mischief. It’s all come together quite well. I’m just feeling good.

“There’s always going to be stress and doubts but I feel a lot more equipped to handle them now. I’ve done a lot of work with my mental coach Phil Quirk over the last few years, but it’s a process, isn’t it?

“You kind of expect it to work all at once, but it’s more the building up of doing a whole body of work. I think maturity is a large part of it. I’m still very immature with a lot of things, but I think over the last year or two I have started to mature a little bit in the right ways.”

The fact Broady, from Stockport, has climbed around 60 places in the rankings in a year is particularly impressive because of the changes to the system to protect players’ points during the coronavirus pandemic that have made it a lot harder to move up.

In the ATP race, which measures performances in 2021 only, Broady sits 76th, but he will not be doing cartwheels if he finds himself higher than 154 a week on Monday.

“I’ve not really been concerned with the career-high ranking,” he said. “I’d probably be quite a bit higher than it now if it was down to the normal rankings, but the last year or so especially I’ve been more focused on improving myself and improving my game and trusting that eventually that will pay dividends.”

There is a growing fatigue on the men’s tour in particular with the difficulties and restrictions caused by the pandemic.

Broady found himself having to swiftly change plans when France abruptly tightened its quarantine rules in February the day before he was due to travel there.

Well done to @LiamBroady who has qualified for the @MiamiOpen main draw after a 7-6, 5-7, 6-2 win against Federico Gaio! 🎾🌴🇺🇸👍🏻 pic.twitter.com/ZBVr2SXo0C

Instead he flew to South Africa, got into another Challenger as an alternate, came through qualifying and went on to reach the final.

“It’s funny how things work out,” he said. “It was a nightmare. I’d been training for two weeks indoors to go to France and then all of a sudden I was going to be outdoors in Johannesburg at 1500 metres altitude.

“Then after South Africa I could have gone to sign for the qualifying in (the ATP events in) Doha and Dubai but you can’t enter those countries if you’ve been in South Africa so I flew to Egypt because it was one of the few places that wasn’t stopping travellers from South Africa.

Today was a good day pic.twitter.com/puWnRNQawV

“I spent two weeks in Egypt, travelled to Italy and played a tournament there then flew out here.”

Despite the difficulties, Broady is not about to join the band of complainants.

“I understand it is difficult and I’m probably not going to be back in the UK until the grass-court season now because of the travel restrictions,” he said.

“It’s not ideal but I’m playing the sport I love and I’m able to go to work every day when a lot of people aren’t. It think it’s important to keep a little bit of perspective.”