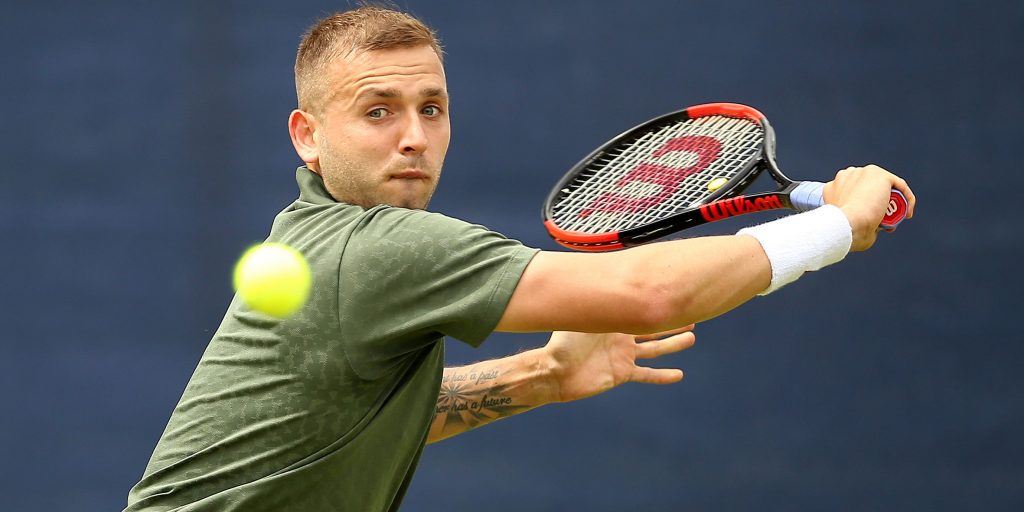 British No 1 Dan Evans became the latest victim to fall to man of the moment Aslan Karatsev at the Dubai Duty Free Tennis Championships.

Karatsev, out to prove his remarkable run to the Australian Open semi-finals a month ago was no flash in the pan, knocked out Evans 6-4, 4-6, 6-4 in a seesaw second-round encounter.

Evans, seeded 12th at the tournament where he reached the semi-finals last year, had no answer to the Russian’s booming return of serve for the first set-and-a-half.

The pace on those returns forced two break points in the fifth game and an Evans double-fault on the second gave Karatsev the lead at 3-2.

World number 28 Evans hustled and harried his way to an immediate break back, but Karatsev instantly regained the initiative and served out the first set.

Dan Evans falls in a back and forth encounter with Aslan Karatsev 6-4, 4-6, 6-4#BackTheBrits 🇬🇧 pic.twitter.com/Zg33vjngc7

Evans, who won his first ATP Tour title at the Murray River Open in Melbourne last month, grew visibly frustrated as he was broken twice at the start of the second.

But at 4-3, 40-0 down, Evans began to turn things around as Karatsev’s rhythm suddenly deserted him.

The 30-year-old battled back to break for 4-4 and went on to level the match.

However Karatsev, up from 114 to 42 in the world and playing at his first ATP 500 event at the age of 27, came out at the start of the decider revitalised.

He took what turned out to be the decisive break in the opening game and saved two break points in serving out the match, wrapping up victory in two hours and 22 minutes.