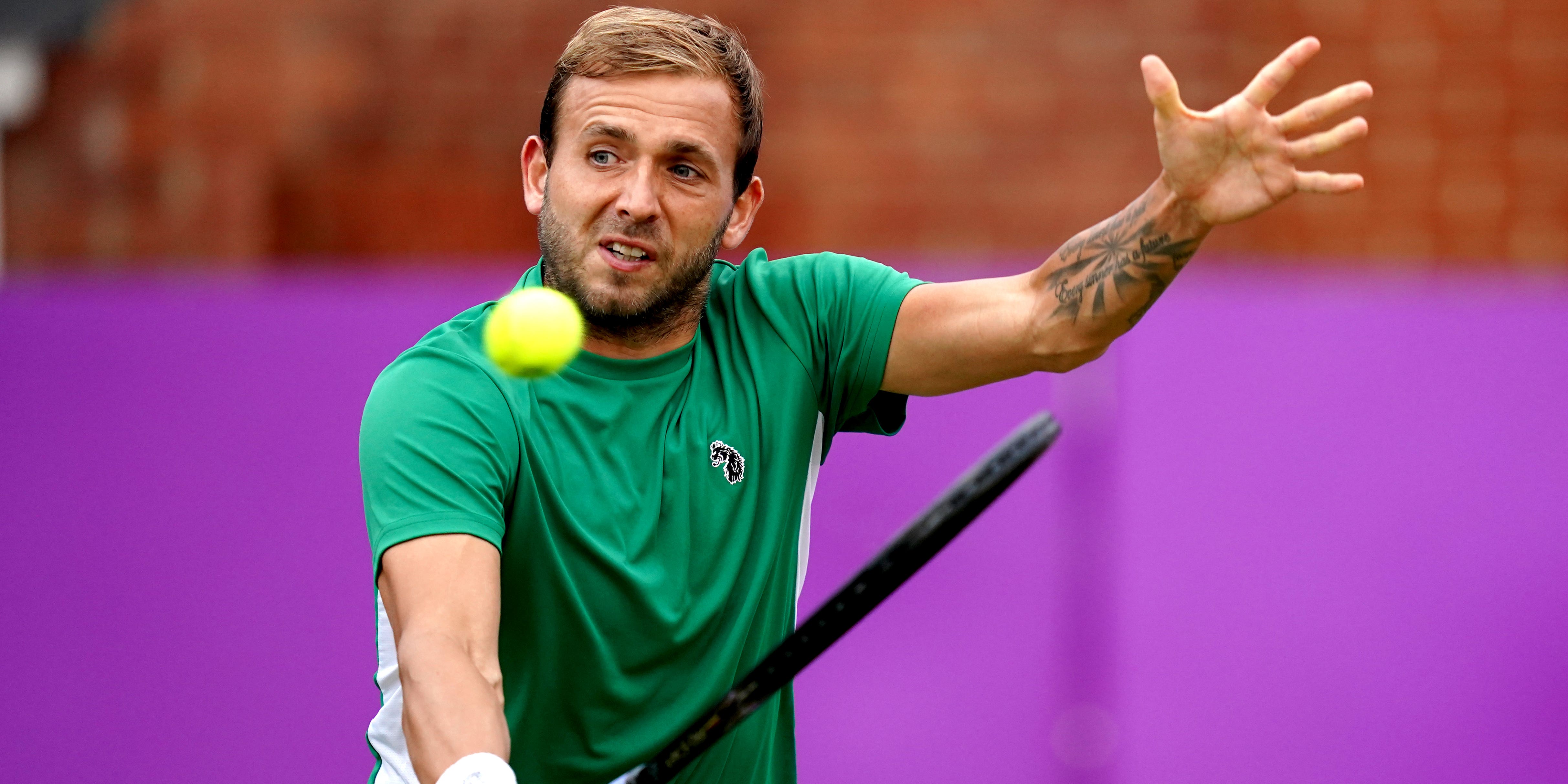 British number one Dan Evans was outgunned by top seed Matteo Berrettini as his run at Queen’s Club ended in the quarter-finals.

But Britain will have a player in the last four this weekend after Cameron Norrie beat teenage compatriot Jack Draper.

In a match delayed by four and a half hours due to rain, Evans dropped serve only once but was beaten 7-6 (5) 6-3 by the Italian world number nine.

Evans was unable to add big-serving Berrettini to his four previous top-10 scalps – including world number one Novak Djokovic earlier this year – but he will take a lot of positivity from his week at the cinch Championships into Wimbledon later this month.

Under gloomy west London skies, Evans had to save four break points in coming back from 0-40 in his opening service game and then squandered a break point of his own in the next.

A further four break points were saved in the fifth, taking Evans’ total during the week to 18.

But after that early flurry of chances, the set meandered into a tie-break and a double-fault by Evans proved costly, cancelling out a mini-break.

The first set point fell to Berrettini and he took it with a booming forehand which a scrambling Evans could only return long.

Berrettini’s 140mph serves which accounted for Andy Murray on Thursday were in full effect again as he slammed down four straight aces in a 44-second game.

Evans forced a break point at 2-2 but was unable to convert and a wayward service game gifted Berrettini a 5-3 lead and ultimately the match.

Evans said: “I thought he played a good match, and I thought I did well to hang around.

“Obviously I got in some winning positions in the first set and didn’t take them. So that’s life.

Norrie said: “I served well when I needed to, especially when I faced a couple of break points.

“It was just a matter of who played the bigger points better and I think I did slightly, and that was the difference.”

Norrie will face either Canada’s Denis Shapovalov or American Frances Tiafoe in the last four. Second seed Shapovalov had taken the first set 6-3 when play was suspended.

Berrettini will take on Alex De Minaur, who came from behind to beat two-time Queen’s champion Marin Cilic in three sets.