‘It feels amazing,’ says Emma Raducanu as she bulldozes her way into US Open last eight 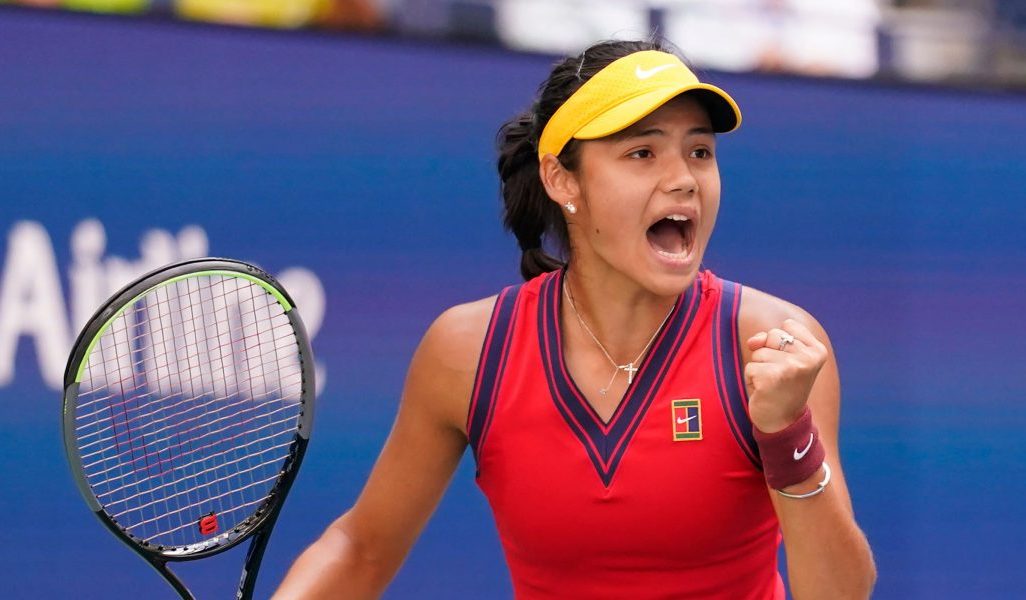 Emma Raducanu shone on the US Open’s centre stage with another thumping win over Shelby Rogers to become the youngest British player to reach the quarter-finals in New York in the Open Era.

Rogers defeated world No 1 Ashleigh Barty on Saturday but it was a very different experience for the American here as Raducanu reeled off 11 games in a row in a 6-2, 6-1 victory to book a last-eight date with Olympic champion Belinda Bencic.

Raducanu was the first woman since Jennifer Capriati in 1990 to reach at least the fourth round of her first two grand slam tournaments and she is only the third qualifier to reach the quarter-finals in New York.

The 18-year-old 🇬🇧 is into the #USOpen quarterfinals. pic.twitter.com/VjFJMjVDlt

Rogers is ranked 43 in the world but this has been the tournament where the teenagers have shown that experience can count for little and Raducanu left another quality opponent shell-shocked.

The 18-year-old’s Wimbledon adventure ended in the fourth round in unfortunate circumstances when she struggled with breathing problems and had to retire, but she has shown with every match in New York how much she has progressed in the two months since.

Raducanu went into the match having dropped only 12 games through three matches, the fewest of any of the women left, and on the back of a sublime 6-0, 6-1 victory over Sara Sorribes Tormo.

This was a very different match-up, with Rogers one of the bigger hitters on tour compared to the spin and durability of Sorribes Tormo.

Raducanu looked nervous initially in the cavernous surrounds of Arthur Ashe and Rogers had two points for a 3-0 lead. 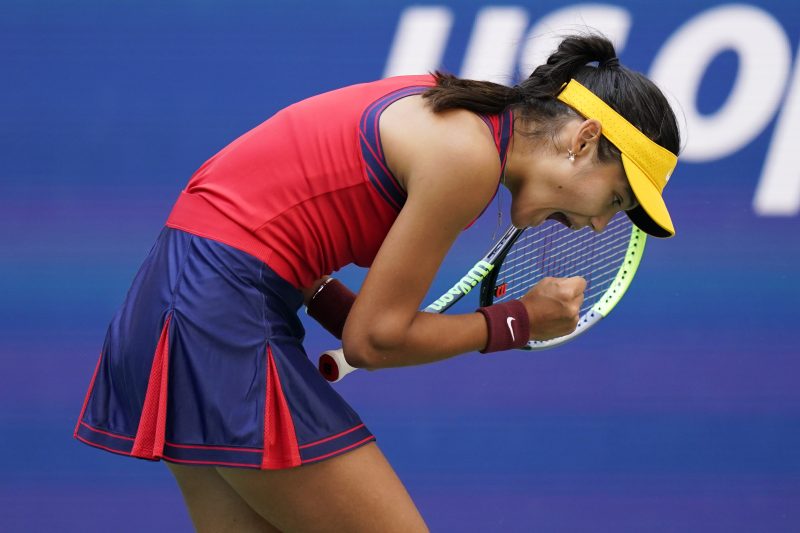 But the British teenager dug in and soon it was Rogers who was looking a little tight, making errors from the baseline that brought her opponent back on terms.

Watched by Virginia Wade, the last British woman to win a grand slam title and a resident of New York, Raducanu seized the momentum and ran with it, adjusting brilliantly to the pace of the Rogers’ shots and making her superior athleticism count.

A thumping return winner earned her a sixth game in a row and the opening set, and Rogers looked all out of ideas as Raducanu extended her run in the second set.

She was 5-0 up before Rogers finally stopped the rot and, although there were again a few signs of closing nerves, Raducanu clinched her fourth match point and another remarkable win.

In her on-court interview, the teenager said: “It feels absolutely amazing. Shelby is a great opponent, she’s done so well in the US Open and she’s had a great week so I knew it was going to be a tough match but I’m so happy to have come through and have managed to overcome some of the nerves at the beginning.”

Addressing Wade, also the last British woman to win the US Open, Raducanu said: “Thank you so much for watching my match. I really appreciate it. You’re an absolute legend so I’m really honoured to have had you here. I’m just going to try to do my best each round and let’s see how far it goes.”