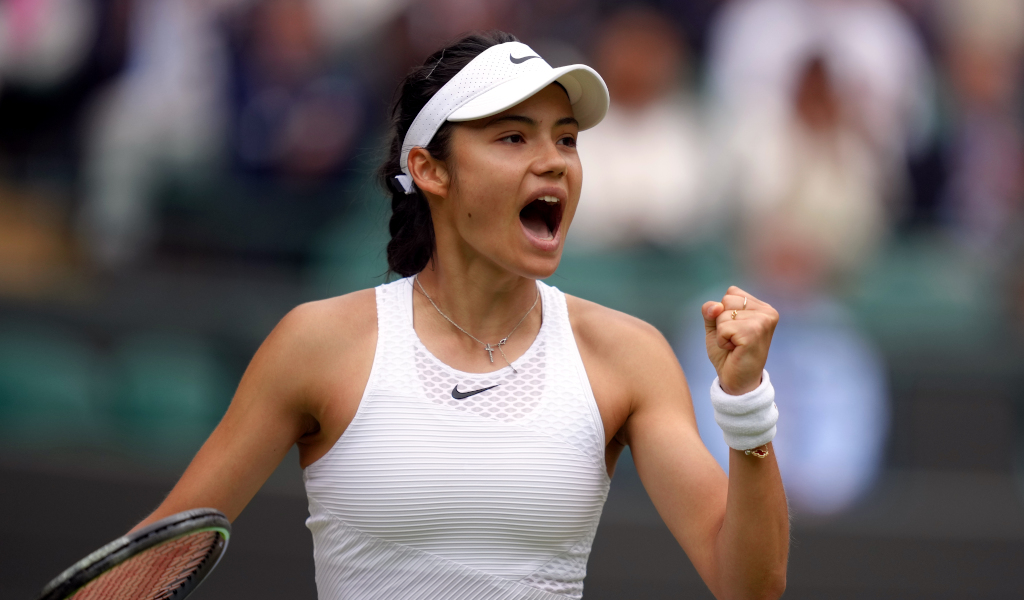 Tracy Austin believes Emma Raducanu has the skills to go to the top of the game after her Wimbledon fairytale continued.

The 18-year-old became the youngest British woman to reach the fourth round at SW19 with a stunning 6-3, 7-5 victory over Sorana Cirstea on Court One.

Raducanu only played her first WTA Tour match last month and now she is in the second week of a Grand Slam, with her life set to change forever.

On her major debut, at her home Grand Slam event ✨

How 🇬🇧 @EmmaRaducanu stunned Cirstea on No.1 Court to clinch a second-week spot at #Wimbledon ⤵️

Austin knows what it takes to be a young star, winning the US Open aged 16, and is hopeful for the British girl, who put her tennis career on hold for a year to study for her A-Levels.

“Mine was a small step up gradually, this is going to be overnight,” the American said on the BBC.

“I had never heard of Emma Raducanu before this week, now welcome to the tennis world. Everyone will know who she is.

“This is a big earthquake in tennis that someone so young… she wasn’t gifted this match, she took it.

“Thirty winners, I think she has a great head on her shoulders, she seems very grounded and that is going to help her, that foundation.

“She is still going to be ranked outside the top 200, it is not going to be easy after this big high, but she definitely has the skillset.”

Raducanu’s reward is a fourth-round meeting with world number 75 Ajla Tomljanovic and Austin thinks it is winnable.

“You’re not getting carried away. We talked about how wide open the women’s field is and now it is even more wide open than we thought.

Former British No 1 Laura Robson, who won the junior title in 2009, was impressed with Raducanu’s display.

“‘Wow’ is all I can say because that was such an impressive performance,” she said on BBC 5 Live. “These young players believe from the very beginning of the match and that’s the whole attitude she showed us today.

“Yes she got nervous in the second set, of course she did, but she regrouped, she took her time.

“She looked so much older than she is because of the way she behaved today, she looked like the experienced player.

“I’m so buzzing for her because that’s been a really hard year not being able to play. She was focusing on her exams but now she’s got this moment to soak up.”