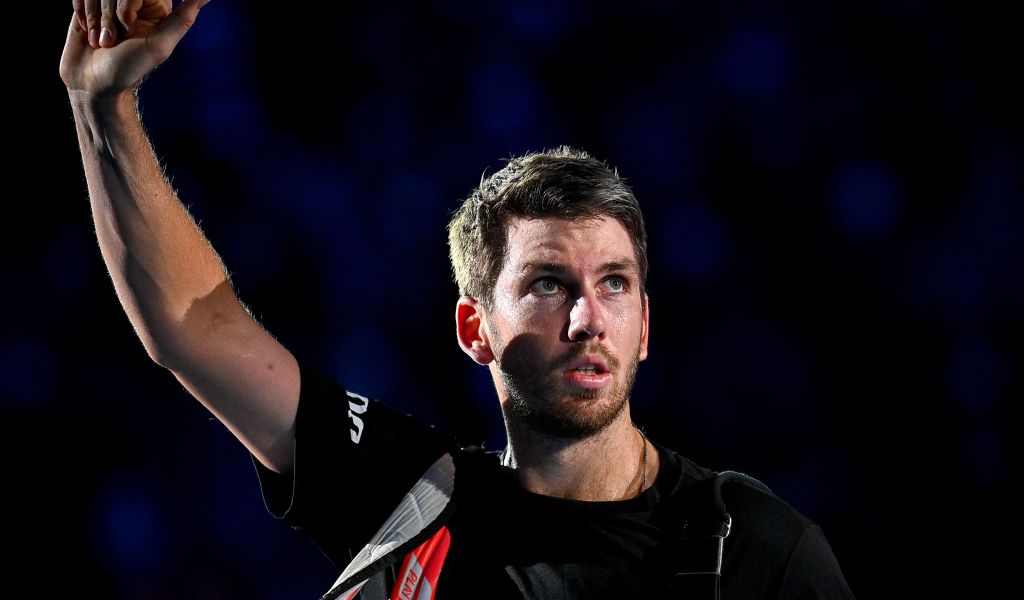 It was an encouraging performance from Cameron Norrie as he made his debut at the ATP finals, but he was beaten by Casper Ruud after a three-set epic in Turin.

The British number one found out earlier on Wednesday that he would get his chance in Turin when Tsitsipas decided to pull the plug because of an ongoing elbow problem.

Norrie made a flying start against Ruud but the Norwegian turned the match around to win 1-6 6-3 6-4 and make it a straight fight against Andrey Rublev on Friday for a place in the semi-finals.

Two alternates have made it into the tournament for the first time since 1998, and Norrie was hoping to follow in the footsteps of Jannik Sinner, who seized his chance impressively on Tuesday after replacing fellow Italian Matteo Berrettini.

🇳🇴 @CasperRuud98 is the first Norwegian man to win a match at the #NittoATPFinals 👏 pic.twitter.com/Tha3nd6piD

Norrie certainly could not have done any more in the opening set but a wayward end to the second proved the turning point and eighth seed Ruud was the better player in the decider.

“The first set went away a bit too quickly. I think I started off quite well, and then I just had some game points that I threw away,” Ruud reflected in an on-court interview. “Cameron is a great baseline player, he makes you play a lot of balls and he runs down a lot of balls and he has a tricky flat backhand, here on these courts it’s a really effective shots.

“I wasn’t getting the feel of his shots at the beginning, so I made quite a few mistakes. For the first set-and-a-half, he was the better player. My serve saved me a bit today on some big points. That’s how tennis can turn quickly, just a break or a couple of points here and there.

“I woke up today prepared to play Stefanos, knowing that I was the underdog and that I could play freely, and then you hear that he’s pulling out. Obviously I wish him a speedy recovery.. but then everything changed and I was feeling the pressure a little bit more. This was an opportunity for me to get my first win.”

Norrie, who began the match with an outside chance of making the semi-finals, will now take on Novak Djokovic in his final match on Friday.

It will be a first meeting for 26-year-old Norrie against world number one Djokovic and, although it is a dead rubber, there will still be 200 ranking points and more than £120,000 on the line.