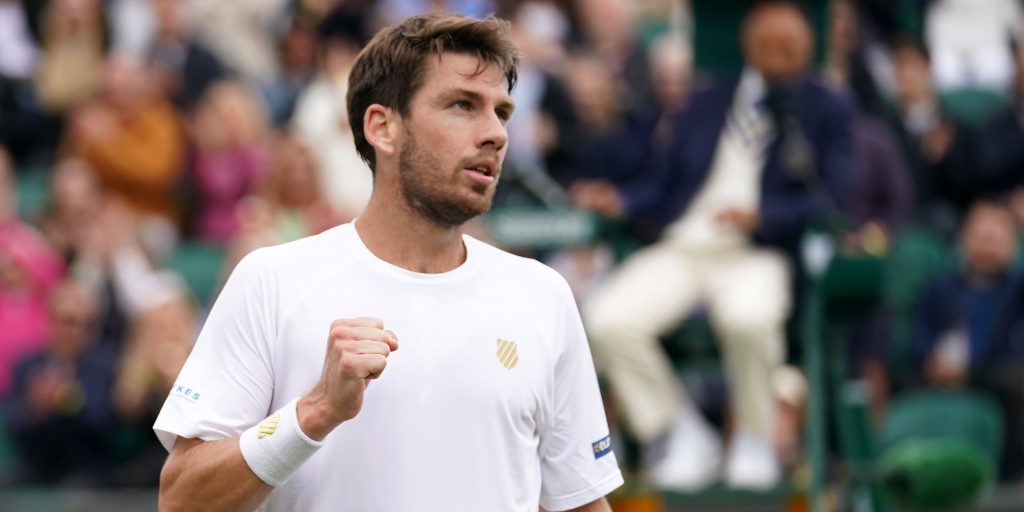 Cameron Norrie reaped the benefit of his excellent form in 2021 by battling past Lucas Pouille and into the second round at Wimbledon.

Rain on Tuesday meant Norrie and Pouille took to Court Two in the evening knowing they would not complete their match, and the Frenchman edged a tie-break before play was suspended.

It was the British No 2’s 30th win of a year that has seen him reach the third round of both the Australian and French Opens and three ATP Tour finals, including at Queen’s Club.

He said: “I think a little bit yesterday I wasn’t that calm. I completely donated the set, a couple of set points, I threw in a couple of double faults. Today I made a conscious decision to be a little bit more calm on the court, really enjoy it out there.

“I think it comes with winning a lot of matches, a lot of tight matches, just putting yourself in those scenarios. With the way I play, I’m not going to go out and hit someone off the court or serve someone off the court. I need to keep continuously applying pressure, keep putting people in awkward situations.

“When it’s tough, in those tough moments, that’s when I feel like I feel good and I feel comfortable. I think that’s why I’m doing a little bit better this year, is because I’m executing in those scenarios, in those bigger moments.”

Having seen a set point come and go in the first-set tie-break, Norrie may have had a bad feeling when Pouille saved three more at 4-5 in the second.

The 27-year-old is ranked down at 95, 61 places below Norrie, but he is a former top-10 player and Wimbledon quarter-finalist who is working his way back from elbow surgery so this was not an easy draw.

Norrie kept pressing, though, and got his reward in Pouille’s next service game, taking his fourth set point.

Three double faults in the opening game of the third set put Norrie in a spot of bother but he saved two break points and broke Pouille twice in succession to take control of the match.

Pouille responded well in the fourth, though, and served to force a fifth set only for Norrie to play an excellent game and break back.

That proved the crucial moment, with Norrie breaking Pouille again to clinch victory and set up a second-round clash with Australian wild card Alex Bolt.

“I think I played pretty solid throughout,” said Norrie. “My level stayed very consistent throughout. I think his had a lot of ups and downs.

“Obviously he can play well. It was a tough, tough draw. He’s very comfortable on the grass. I think he’s made quarters here before. It was definitely not easy to get through that one.”