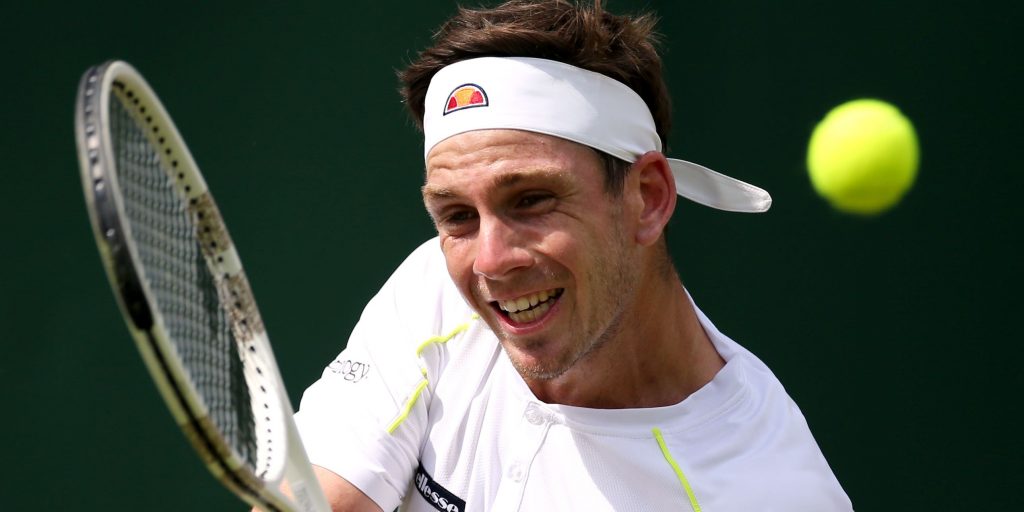 Cameron Norrie reached his second ATP Tour final in three weeks in Lyon as he continued his phenomenal form on clay.

The British number two began the day by finishing off his quarter-final against Frenchman Arthur Rinderknech that had been delayed by rain on Friday, winning 6-3, 3-6, 6-3.

That put Norrie through to a semi-final against Russian Karen Khachanov, where the 25-year-old again demonstrated the huge strides he has made on clay this season with a 6-1, 6-1 victory.

What a way to reach the final 💪@cam_norrie powers past No.8 seed Karen Khachanov 6-1, 6-1 to move a win from his 1st @atptour title #BackTheBrits 🇬🇧 pic.twitter.com/N7F8cmJxv8

It was the third meeting between the pair this season. The first was won comfortably by Khachanov, the second in a tight contest by Norrie – but this was no contest from the moment the British player broke in the second game of the match.

Norrie’s forehand again packed a real punch while Khachanov simply could not match his opponent’s relentless consistency and athleticism.

A delighted Norrie said in his on-court interview: “Everything was working. I was serving well, returning well, anticipating the ball well, came forward when I needed to and was aggressive and with good depth so it was nice to come through like that. I was really pleased with my performance.”

Norrie meets @StefTsitsipas for 1st @ATPTour title of career in his 3rd final.

The world number 49 has already won more matches in 2021 than in any previous season and is among the top 15 best performers of the year.

Norrie, who beat Dominic Thiem in the second round, suffered a heart-breaking loss to Albert Ramos-Vinolas in the final in Estoril in early May and will have his work cut out to go one better here, with Stefanos Tsitsipas standing between him and the trophy.

Tsitsipas, who defeated young Italian Lorenzo Musetti, has won more matches than any other male player in 2021.

“I had a tough loss in my last final so it’s nice I can get another opportunity so soon,” said Norrie. “It’s going to be tough against Stefanos, he’s playing well, he’s in the zone as well, so it’s going to be an interesting final.”