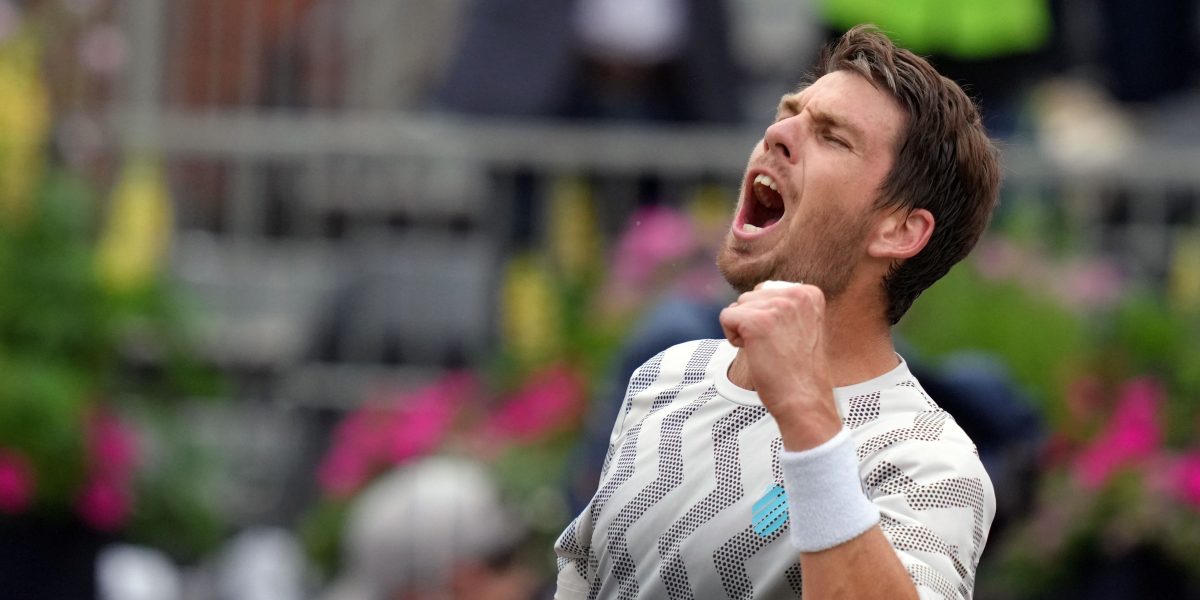 The 25-year-old is one match away from claiming a first ATP title after a 7-5, 6-3 semi-final victory over Canadian second seed Denis Shapovalov.

The only other Brits to reach the Queen’s final in the last 40 years are Tim Henman and Andy Murray, and Murray remains the only one to lift the title since the Second World War.

“It hasn’t sunk in yet,” confessed Norrie. “I think I played very, very good today and I’m so pleased to get into the final.

“I can’t really describe it, it’s nice to get over the line. It’s a huge tournament for me. I couldn’t be more pleased with myself.”

The British number two made a nervy start as two double faults and two unforced errors gifted Shapovalov a break of serve in the opening game.

But Norrie retrieved the break emphatically to love and then took a tight first set with a stunning backhand down the line which left Shapovalov on his backside.

Shapovalov, who had to finish his rain-interrupted quarter-final against American Frances Tiafoe earlier in the day, needed treatment on his left leg early in the second.

The world number 14 was powerless to stop Norrie claiming another notable scalp in a what has been a stunning season so far – he has now won 29 matches this year, more than any other player on the Tour except for Russia’s Andrey Rublev.

Standing in Norrie’s way on Sunday will be top seed Matteo Berrettini, the big-serving world number nine who accounted for Murray and Dan Evans this week.

The Italian has yet to drop a set on his Queen’s debut and has won his last 30 service games, having swept aside Australian Alex De Minaur 6-4, 6-4 in the first semi-final.

“I’ve watched him throughout the week, he has a huge serve, he’s one of the best players on the tour at the moment,” added Norrie.

“I might have a chat with Evo and Andy and see if they have any tips. I saw him play earlier today and he had a really good day. It’s not going to be easy.”