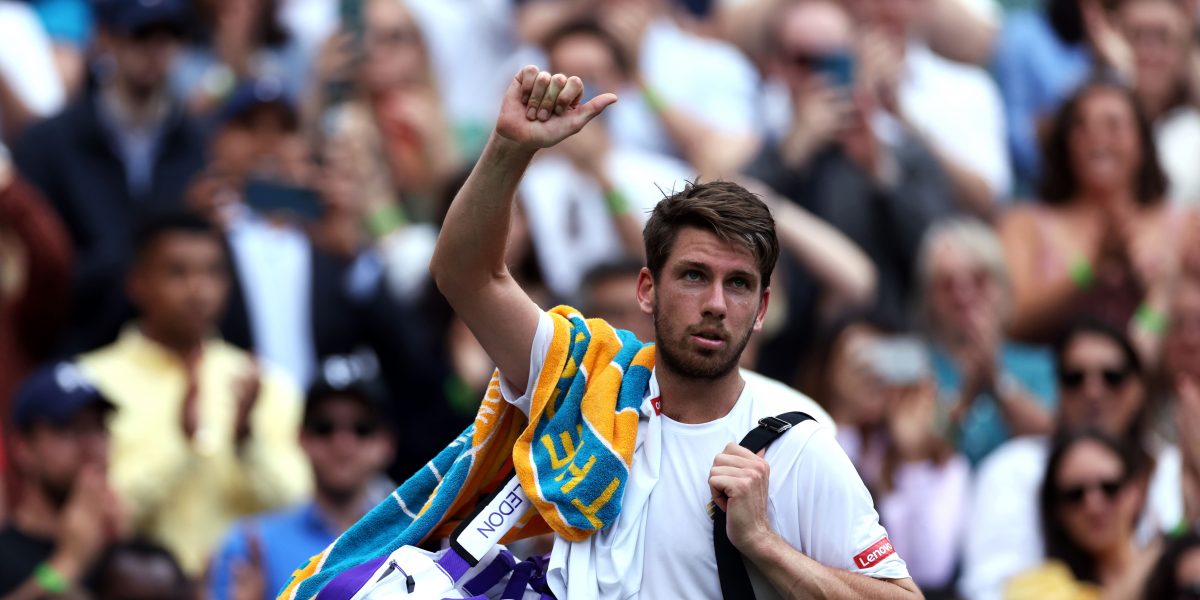 Cameron Norrie was disappointed not to find his A game against Roger Federer as his path at a grand slam was blocked by a tennis giant once again.

The British number two was playing in the last 32 for the third consecutive slam but, after losing to Rafael Nadal at both the Australian and French Opens, this time it was Federer who defeated him 6-4, 6-4, 5-7, 6-4.

Federer looked to be cruising through to the fourth round at two sets ahead only for Norrie to break to love to clinch the third. That was as good as it got, though, with the sixth seed wrapping up victory in two hours and 34 minutes.

Norrie follows Andy Murray and Dan Evans out of the tournament so, having had three men through to the third round of the singles at Wimbledon for the first time since 1999, British interest is now at an end.

There can be no disgrace, of course, in losing to the only man who has lifted the trophy eight times here and, barring a few loose moments, Federer looked as sharp as he has so far this tournament.

But Norrie felt he could have done better, saying: “I was a little bit disappointed with my level today. I think I gave a lot of free points early on, especially first two sets, I didn’t serve that well. I was missing a lot of second-serve returns.

“But, regardless of the situation, it was amazing to play against him, to experience that, to have that kind of atmosphere out there on Centre Court. I loved every minute of it.

Read on Planet Sport: Why Kazakh great Gennadiy Golovkin is the Roger Federer of boxing

“It was not the level I’d been playing previously, and definitely not the way I played in the round before, as well. It was tough. Obviously I think it was partly because of the way he plays.

“He came up pretty aggressive. But I didn’t execute well at all throughout the whole match. I was disappointed, but I competed as hard as I could.

“It would be nice to play someone else I guess in the third round. But it is what it is at the moment.”

Norrie has been one of the stars of the ATP Tour this season, reaching three finals, while Federer had played only a handful of matches after two knee operations last year.

The 39-year-old had played himself into form during his second-round victory over Richard Gasquet, though, and Norrie was firmly on the back foot in the first two sets.

There were a few shaky moments from Federer, not least the error-strewn game he played at 5-6 in the third set having missed chances to break moments earlier.

Norrie whipped up the crowd, which had been split in its loyalties, but was unable to force a decider.

Federer gave a big celebration at the end, and he said: “The crowd really got into it. I thought I was extremely calm throughout the match. Maybe that’s why I saved all the emotions for the very end.

“It meant a lot to me because I thought actually I played a really good match throughout, except maybe that one game where Norrie breaks me.

“I know he’s had a really good season so far. It’s really a win for me, like a reference point as well, if I can beat somebody of his level who’s played well last week, who is playing at home, who’s played a ton of matches.

“I definitely feel like I’ve gotten my rhythm now. I thought I had a really excellent attitude.

“Maybe one of the first times I just felt very much at peace out there, really sort of a tranquillity to everything I was doing. I know it’s the big picture that matters.” 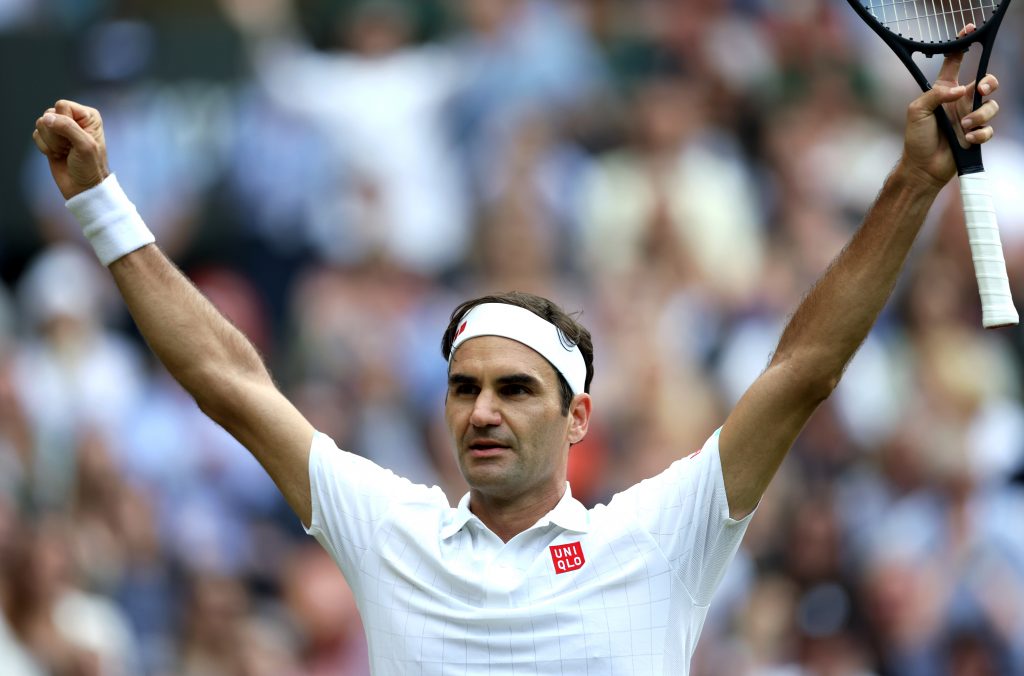 That big picture could yet include a rematch of the dramatic 2019 final against Novak Djokovic, which the Serbian won on a deciding tie-break.

Djokovic is bidding to equal Federer and Nadal by winning a 20th grand slam and keep alive his bid for a calendar Grand Slam.

“He looks like the big favourite here. He deserves it. He’s worked extremely hard. He’s playing great at the same time, too. He’s going to be tough to beat.”