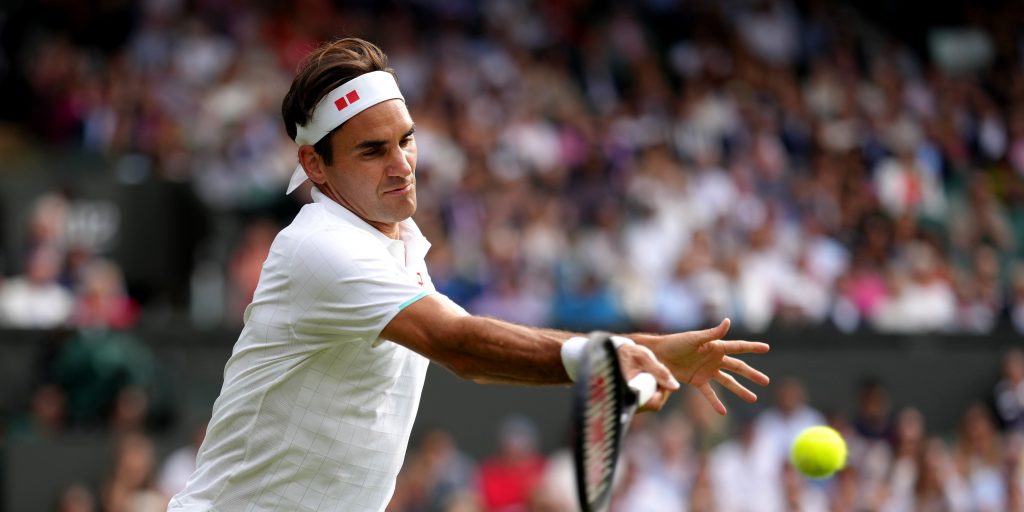 Roger Federer praised Cameron Norrie for making big improvements to his game ahead of a much-anticipated third-round clash at Wimbledon.

British number two Norrie is through to the last 32 for the first time, setting another marker in a season where he has reached three ATP Tour finals, including on grass at Queen’s Club, and won more matches than any man barring Stefanos Tsitsipas and Andrey Rublev.

After showing some good form of his own in a 7-6 (7-1), 6-1, 6-4 victory over his old rival Richard Gasquet, Federer said: “I feel like everything in his game has gotten a little bit better. I think the confidence is growing.

“I feel like he’s worked on his game. This is what I would like to see every player do. When you see them again – for me as an example, a player who hasn’t been around for a year, year and a half, you want to see a different Cam Norrie.

“You don’t want to see the same guy again a year and a half or two later who hasn’t improved anything. That is to me just such a waste and such a disappointment.

“But he has not done that. That’s why I’m really happy for him. I’m excited about the match. He’s a good guy, too. He had a good win last week. A very convincing victory today. That clearly gets my attention.”

Federer was a big crowd favourite against Gasquet, as he has been for nearly all of the last 20 years on Centre Court, but things may be different on Saturday.

With no international ticket-holders this year and the online sale resulting in a different, more energetic crowd, Federer may well find himself in an unfamiliar position.

He said: “I never really walk out and expect everybody to be for me. Sometimes I like the underdog. You know how it is. You want to see a close match, too. When you see another guy hit great shots, I hope they applaud the guy. You want the atmosphere to be there.

“The worst is if there’s a lot of people sitting there but there’s no noise. On Centre Court, you always have a guaranteed good atmosphere regardless if they are for or against you. So that’s why I think for me it’s such a wonderful court to play on.”

Federer and Gasquet first met at Wimbledon 15 years ago, and, although this was not quite vintage Federer, it was certainly a great improvement on his performance against Adrian Mannarino in round one.

One hundred and two miles per hour.

From a Roger Federer overhead.

The eight-time champion had been two sets to one down when his French opponent slipped and suffered a knee injury that forced him to retire.

The knowledge that he had beaten Gasquet in 18 of their 20 previous meetings, including the last 11, no doubt gave him a little extra confidence.

Federer began to show more conviction in his shots as the first set wore on and played a fine tie-break, ending a run of four straight tie-breaks lost at Wimbledon taking in one against Mannarino and three in the 2019 final versus Novak Djokovic.

Federer raced through the second set and was in control through the third as well to complete a fine week for Switzerland against France.

He said afterwards: “I think it was a nice match back for me. Felt good physically. Much more relaxed in many ways, as I was able to play a really good breaker. What I was able to do today gives you a lot of confidence. You can start to play so much more freely.

“It was a nice match for me, good atmosphere for me, good weather. It was definitely one of the highlights of the year so far.”

Speaking to the Swiss press later, Federer added: “That’s what I desperately needed. One hour of tennis where it feels the same as before. It was a wonderful feeling. I hope I can build on that in the matches to come and have 20, 30 minutes in a row where I can make the difference.”