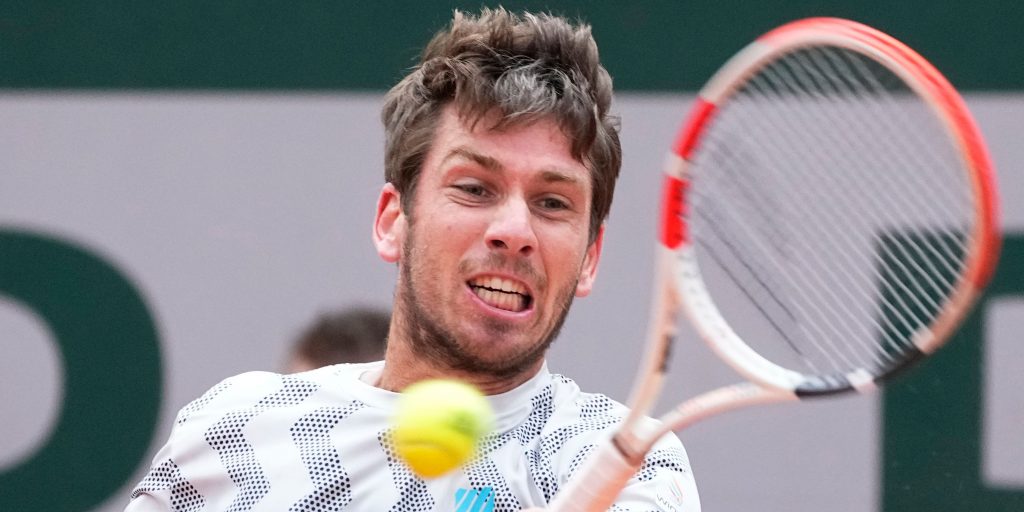 Cameron Norrie is looking forward to showing the British public what he can do on grass after concluding a tremendous clay-court season with defeat by Rafael Nadal in the third round of the French Open.

It was a third meeting between the pair in 2021, with Nadal having won at the same stage of the Australian Open and on clay in Barcelona, and Norrie again could find no answers in a 6-3, 6-3, 6-3 defeat that ended British singles hopes for the fortnight.

Nadal extended his streak of consecutive sets won at Roland Garros to 32 as he chases a 14th title, but there were only positive reflections for Norrie on a clay-court campaign that brought him final appearances at the ATP Tour events in Estoril and Lyon.

“I think my forehand improved a lot on the clay, and a lot of matches I was dictating with the forehand and was able to be pinning guys in the backhand side and then using my backhand pretty effectively.

“All in all, I competed well and was happy with my attitude. It was maybe just the one match in the whole clay season where I didn’t compete as well as I would have liked.

“But if you look at the guys that I lost to on the clay, it was all pretty high-level matches and good names. So there was not real bad losses on the clay, and I got a lot of wins and a lot of momentum.

“I just want to take that into the grass and, after playing with Rafa and playing at that level, I always play at a different level and seem to almost improve and to keep that.

“It’s going to be tricky going from the clay to the grass, so get back to London tomorrow and prepare as much as I can. I can’t wait for being back there and playing in front of some home crowd and getting some support.”

Norrie’s clay-court success has been built on consistency of performance and approach and a physical intensity that he believes is a match for anyone.

His heavy topspin forehand and flat two-handed backhand are an unusual combination but he lacks a big shot with which to really put opponents on the back foot.

Too often Nadal appeared to have Norrie on a string, dragging him from one side of Court Suzanne Lenglen’s red expanses to the other before applying the killer blow.

The 25-year-old’s chances came early in the second set, when he was twice a break up, but both times Nadal hit straight back and then finished off a run of five games in a row with a sublime backhand winner.

“It was extremely difficult,” said Norrie. “It was amazing how quick he was after his serve to find his forehand. That was the biggest difference, and it was a bit more difficult for me to find his backhand there.

“But it was a wonderful experience playing against him, and I thought I played great. I don’t think I took enough risk. I think in that second set, a couple of backhand lines paid off and I managed to get up a break, and then he came back.

A 5️⃣0️⃣th Grand Slam fourth round 👏

Norrie made it known to the umpire that he was unhappy with the length of time Nadal was taking between points, although he later insisted he did not feel the Spaniard was playing any mind games or breaking the rules.

The complaints irked Nadal, though, who said: “Sometimes I think he was trying to speed up the situations, to put some pressure. He’s free to do it. I don’t think I did anything bad.