Cameron Norrie reveals his parents were walking the dogs during Indian Wells final, but ‘were in tears’ after win 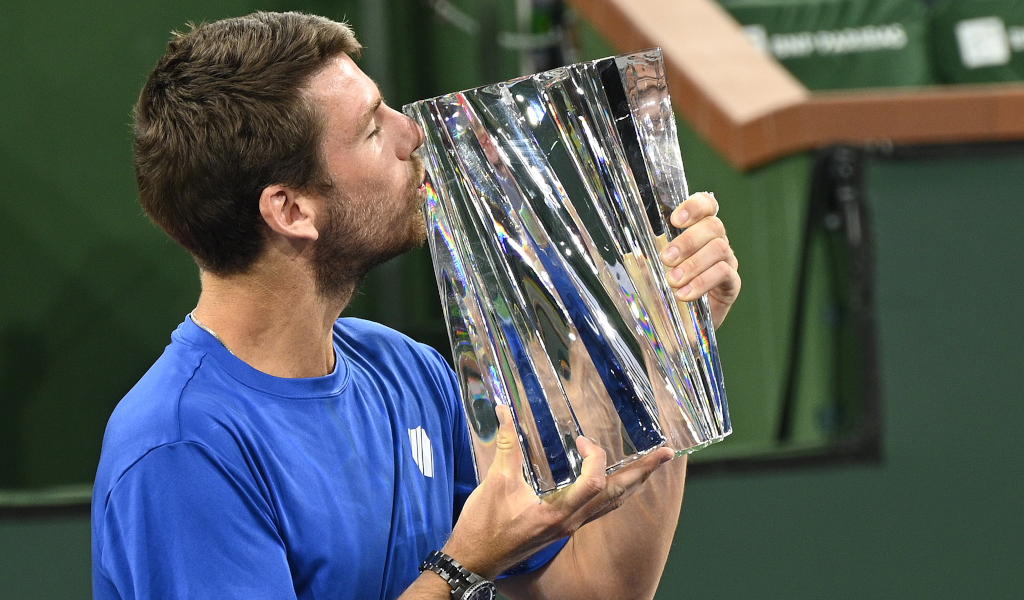 His parents didn’t watch the biggest match of his career live as nerves got the better of them, but Cameron Norrie’s mother and father were in tears when he spoke to them after the BNP Paribas Open final.

Norrie captured the most significant title of his career on Sunday as he came from a set down to beat Nikoloz Basilashvili in the Indian Wells final. It was only his second trophy on the ATP Tour with the previous one an ATP 250 title in Los Cabos earlier this year.

His parents, though, were not brave enough to watch the match live, but were naturally delighted afterwards.

“They actually didn’t watch the match,” he said on Sky Sports News. “They were too nervous to be watching so I spoke to them after, they were in tears.

“I was like so what did you guys do when I was playing? They said when you lost the first set we had to go out and walk the dogs, we were so nervous, we didn’t know what to do so they re-watched it knowing the result so they could relax.

“But they were so happy and my mum was in tears, so it was very special to speak to them after getting the title.”

Before winning the ATP Masters 1000 title in California, Norrie had already enjoyed an outstanding year as had reached five finals, finishing runner-up in four and winning in Mexico.

Sunday’s victory also saw him take his 2021 record to 47 wins from 67 matches while he rose to a career-high of No 16 in the ATP Rankings.

He concedes that winning a Grand Slam is a completely different beast, but he is pleased with the direction that he is heading in.

“To win this title has been absolutely a big step for me, especially coming from winning Los Cabos, which was only an ATP 250,” he said.

“It’s been a lot of finals and a lot of them haven’t gone my way, so it’s nice for this bigger one to go my way, especially after coming unstuck in the Queen’s final, just before Wimbledon, than now is a tough one.

“It’ nice to reap the benefits in this one and I’m looking forward to next year a little bit.

“But I mean, to win a Slam as another animal, it’s so tough to do, but definitely heading in the right direction, a lot of work, a lot of tennis to be played for the rest of the year.”