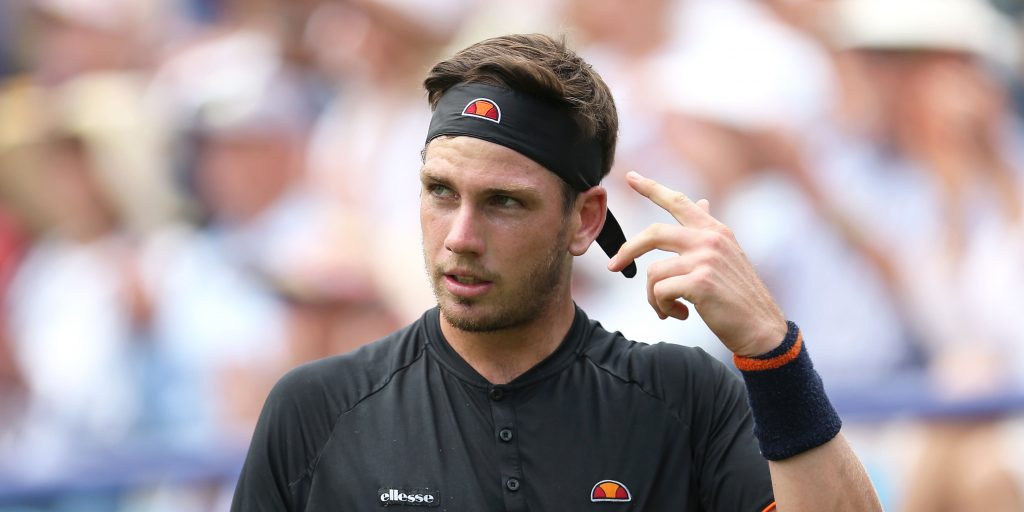 Cameron Norrie is the lone British survivor at the French Open on the second day after another poor showing from the singles players.

With Kyle Edmund and Andy Murray both missing the tournament, there were only four singles representatives across the men’s and women’s draws, and Johanna Konta and Heather Watson joined Dan Evans in making first-round exits.

Norrie’s 7-5, 7-6 (7-5), 6-2 victory over American qualifier Bjorn Fratangelo was the exception, meaning at least the picture is not as bad as last year, when all six players lost in the first round.

Catch up on all the latest from @rolandgarros 👇

The admirable Norrie is fast-becoming Britain’s new Mr Dependable, having gone further than all his compatriots by reaching the third round at both the US Open last year and Australian Open in February.

“I’d obviously like the others to come through,” he said. “I guess I’m going to have to lead the nation and just go out and play my tennis. I’m not really worrying about how the others are doing too much. I know we’ve got a lot of Brits in the doubles, so that’s exciting.”

Norrie’s new-found status has given him extra respect for Murray’s years of dominance, when he carried British hopes on his shoulders single-handedly and consistently reached the final rounds of Grand Slams.

“It’s incredible how impressive that is,” said the 25-year-old. “To be somewhat experiencing what he went through – he was on a different level – just another level of respect to him and it’s just amazing how consistent he was and how he went at it every day and brought his level every day. What a legend the guy is.”

Norrie has been a revelation on clay this year, reaching ATP Tour finals in Estoril and Lyon and claiming scalps including two-time French Open finalist Dominic Thiem to put him in the top 15 of the annual standings.

The New Zealand-raised player’s progress is based on a commitment to physical and mental endurance that makes him a superb example for other British hopefuls.

Norrie admitted he was affected by nerves against Fratangelo but the wealth of matches he has won helped him find a way through.

He said: “On the big points I came up with some good stuff and I think that stems from the matches I’ve played earlier in the clay season, taking a lot of confidence from that, but on average I don’t think I played well at all, especially on my serve and my forehand. I was a little bit tentative at times.

“You always have doubts here and there and being the favourite, obviously wanting to maintain the level I have been playing in the other matches, especially in a slam. I was a little bit nervous before the match.

“I think my worst level has risen a lot. In previous years I wouldn’t have come through as easily today. I was happy with how I competed today more than anything else.”

Konta and Watson have both struggled for wins so far in 2021 so it was disappointing but not surprising to see that continue in Paris.

Watson has been hampered by niggling injuries and was compromised by a cold in a 6-4, 7-5 loss to Kazakh Zarina Diyas despite leading 4-2 in both sets.

The British No 2 admitted she is lacking in fitness, saying: “I was hitting well. I just struggled physically today. I haven’t been able to practise as much as I wanted to because of the injuries.

“I feel absolutely knackered now after a two-set singles match, which I shouldn’t be feeling. I just want to get back out there as soon as possible and just be healthy, be training healthy, and feel good on the match court.”

Konta, who also led 4-2 in the opening set, said: “I think I did a lot of good things out there but obviously not enough. I think she found her footing quite well, and I couldn’t quite adapt well enough to how she was doing.”

Both Konta and Watson are due to begin their grass-court campaigns at the Viking Open Nottingham next week.