‘I think one of my best wins ever on the clay,’ says Cameron Norrie after reaching Estoril Open semi-finals 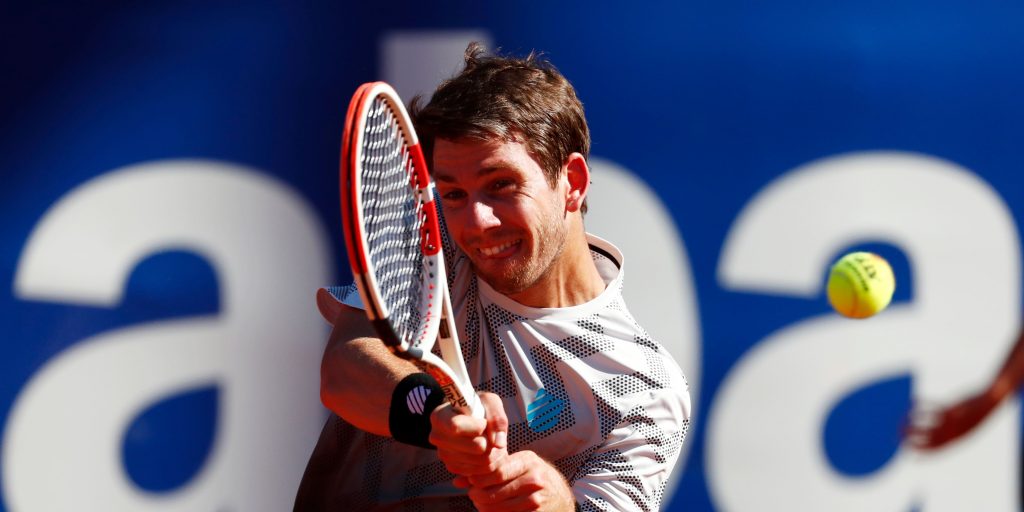 Norrie needed three hours to see off Pedro Martinez on Thursday while Garin received a walkover when Richard Gasquet withdrew through injury but it was the British number two who proved stronger in the end, coming through 3-6, 7-5, 6-3.

Chilean Garin is a clay-court specialist and he claimed the only break in the first set to move ahead.

Battling into the semi-finals@cam_norrie fights back to beat Cristian Garin 3-6, 7-5, 6-3 in Estoril #BackTheBrits 🇬🇧 pic.twitter.com/GuURFs38a9

But Norrie, who received treatment for a left wrist problem, kept pressing and got his reward with a break of serve to claim the second set.

The 25-year-old then recovered an early break in the decider and, with Garin becoming increasingly frustrated, surged ahead to claim victory after two hours and 28 minutes

It was Norrie’s 17th victory of the season and his ninth over a player ranked higher than himself.

Having lost to Rafael Nadal in the quarter-finals in Barcelona last week, Norrie has now matched his run in Delray Beach to start the season and he will face either Marin Cilic or Kevin Anderson bidding to reach a second career final.

Norrie said on Amazon Prime Video: “I’m pleased to get through it. Garin is always so tough on the clay. I think one of my best wins ever on the clay.

“It was a battle. He came out a bit sharper than me. I managed to play a good returning game in the second set to break and then held my nerve and then played some of my best tennis of the week.”