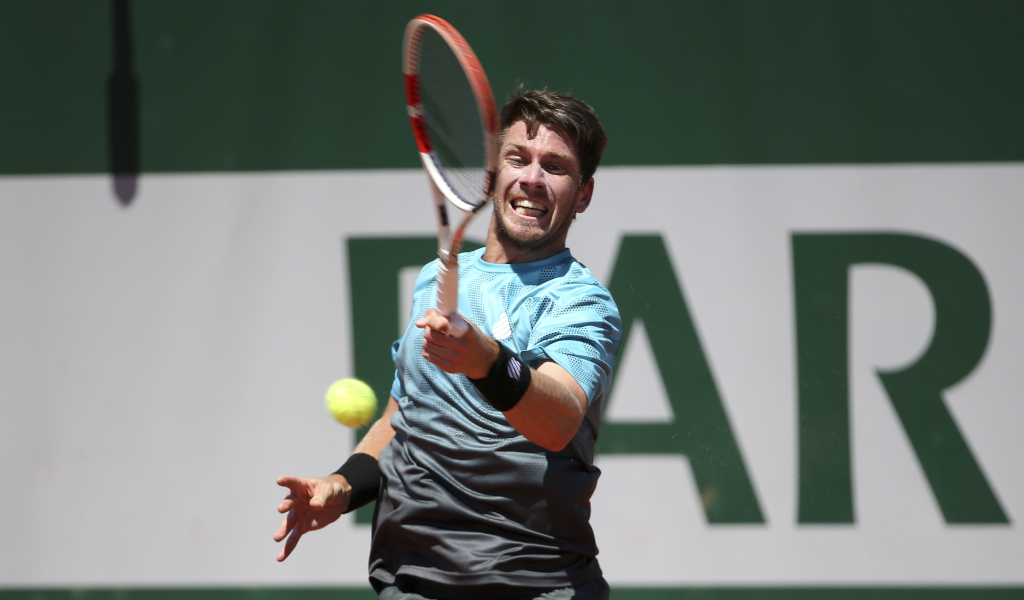 Cameron Norrie vowed to take the fight to Rafael Nadal if he gets another shot at the clay master in the third round of the French Open.

Norrie matched his US Open and Australian Open exploits by reaching the last 32 at Roland Garros with a gritty 4-6 6-3, 6-3, 6-2 victory over South Africa’s Lloyd Harris.

He is yet to go further at a grand slam, and to do so he is likely to have to cause the mother of all upsets, with Nadal due to take on Richard Gasquet in his second-round clash on Thursday evening.

It would be a third meeting of the season between the pair, with Norrie acquitting himself very well at the same stage of the Australian Open and then facing the great Spaniard on clay in Barcelona in April.

“I’ve learned that he’s actually a human being,” said Norrie. “He can miss shots. He can play short at times. But then you give him a little bit of room for him to find his forehand, he gets it going. He can be extremely dangerous. It can be absolute carnage going into the forehand there.

“I’ve played him twice in Australia and in Barcelona, so I definitely know how he plays and he knows how I play. But I’m just going to look to bring my game and looking forward to take it to him again.

“I think, especially with my backhand, I can do a lot of damage. I’m not going to give too much away. So just focus on what I’ve been doing well and go and try and execute and leave it all out on the court, and I think just use my legs to my advantage.

“I feel great physically, which is a bonus for me, and I’ll back my legs against anyone, even against Rafa. But I’m going to have to execute, and it’s not going to be easy.”

Norrie paid for a slow start against Harris as the South African took his only break point of the match in the third game and used his big serve and forehand well.

Harris is another man who has had a very strong 2021, and he beat 26th seed Lorenzo Sonego in round one, but ultimately he could not match Norrie’s relentless play.

A double fault gave Norrie the breakthrough early in the second set and from there he made sure he gave nothing away all the way to the finish line.

Having been frustrated by his performance against Bjorn Fratangelo in round one despite winning in straight sets, Norrie said: “I think today I didn’t do much wrong in the first set. He came out and he was serving well and hitting his forehand well and I wasn’t finding his backhand as much.

“I just knuckled down and stayed very calm and ended up executing a little bit better, and he dropped his level a little bit. I was really happy with how I handled it.

“And I think I could have easily got frustrated with him serving rockets and hitting the spots and playing quick points, and it was actually pretty lively out there again today. It was so humid, and it was actually a pretty physical match. I was happy with how I came back.”

Whatever happens on Saturday, Norrie may already have done enough to break into the top 40 for the first time, which would be entirely merited.