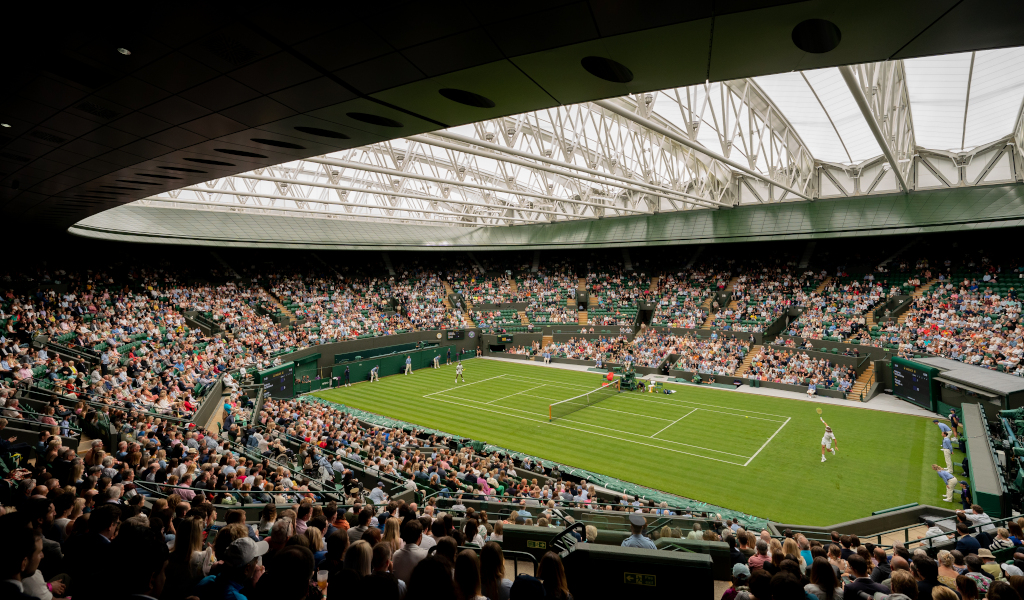 Wimbledon chief executive Sally Bolton revealed it was always the plan to have capacity crowds on its two biggest courts for the quarter-finals, semi-finals and finals.

The All England Club announced the decision on Sunday as part of the Government’s Events Research Programme, having operated at 50 per cent capacity for the first week, with spectators not required to wear masks while seated in the stadiums.

Centre Court, with a capacity of just short of 15,000, and Court One, which holds 12,345, will see full crowds from Tuesday through to next Sunday.

Bolton says they do not have any data back from the first week, in terms of infections that can be traced to people attending the tournament, but that the authorities have no concerns.

We are pleased to announce that Centre and No.1 Court will have 100% capacity crowds for the Quarter-Finals, with Centre also at 100% for the Semi-Finals and Finals.

This will make them the first full outdoor stadiums at a UK sporting event since the pandemic began.#Wimbledon

“When we had the plan for the Championships capacity signed off by the Government, Public Health and our local authority Merton, it was always envisaged that we would have the uplift we are now delivering during this period,” Bolton said.

“That was always part of the plan. We were clear that we wanted to monitor how week one went so effectively the final sign-off to move to plan that was originally agreed happened and was supported.

“We are part of the ERP so that data will be being gathered but we haven’t got interim results from that.

“It is important that we are talking to Public Health England and particularly to the Director of Public Health locally every day about any concerns they may have or any changes we may make and they are very happy with the progress made in week one and are very happy to sign off the uplift as we head towards the end of the Championships.”

Despite the restrictions, Bolton is happy to have delivered a largely familiar tournament, with the biggest difference being for the players as they are forced to stay in an approved hotel as part of being in the bubble.

But even that has gone down well.

She added: “The primary difference this year is creating the minimised risk environment for the players so we think about how different the Championships is this year to previous years, that is the biggest change.

“That has gone really well. We have had limited cases in the hotel, the players have enjoyed their experience in the hotel, we are really pleased with the offer we were able to make to the players in that environment, acknowledging that it has been difficult for them over the last year.”

This Monday sees the final edition of “Manic Monday”, the traditional seventh day of the Championships, which sees both the men’s and women’s fourth-round matches being played on the same day.

From 2022, there will be play on the middle Sunday, which Bolton says is good for the fans.

“Manic Monday, people have all got their own opinions about whether it is great or a bit of a curse,” she said.

“What we will be able to do by moving forward with middle Sunday next year is ensure that people have the best opportunity to see all the fantastic matches.

“I think one of the challenges of Manic Monday is that people have to choose which match they are watching because there are so many great matches being scheduled against each other.”