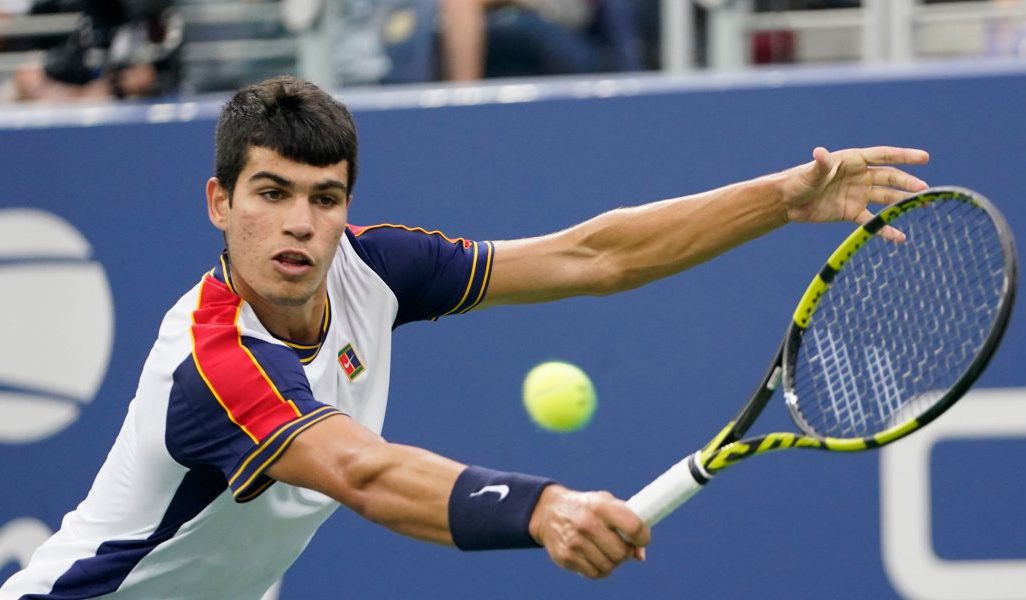 Teenage star Carlos Alcaraz is not getting caught up in the hype back home in Spain surrounding his record-breaking run to the US Open quarter-finals.

It followed a brilliant five-set victory over third seed Stefanos Tsitsipas in the third round and further enhanced his reputation as the rising star of the men’s game.

In his homeland there have been natural comparisons to Rafael Nadal, but Alcaraz insists he is only concentrating on New York.

Asked if the media attention is affecting him, he said: “Not really. I know that in Spain, they are talking about me a lot, and I am trying not to think about this. Just focus on New York, on focus on every day here.”

It is certain to be the first of many deep runs into the biggest tournaments for Alcaraz, who is enjoying his place on the biggest stage.

“It’s really tough to play these kind of matches, to play five sets,” he said. “I hope to play more second weeks, to play more quarter-finals of Grand Slams.

“I didn’t expect to play quarter-finals here. So I think it’s a really good performance from me in these matches, so I’m really happy to play these kind of matches.”

He added: “I’m super excited to be in my first second week in the Grand Slam, so it’s amazing for me. It’s a dream come true.”

His credentials will be tested even further in the next round as he faces Felix Auger Aliassime.