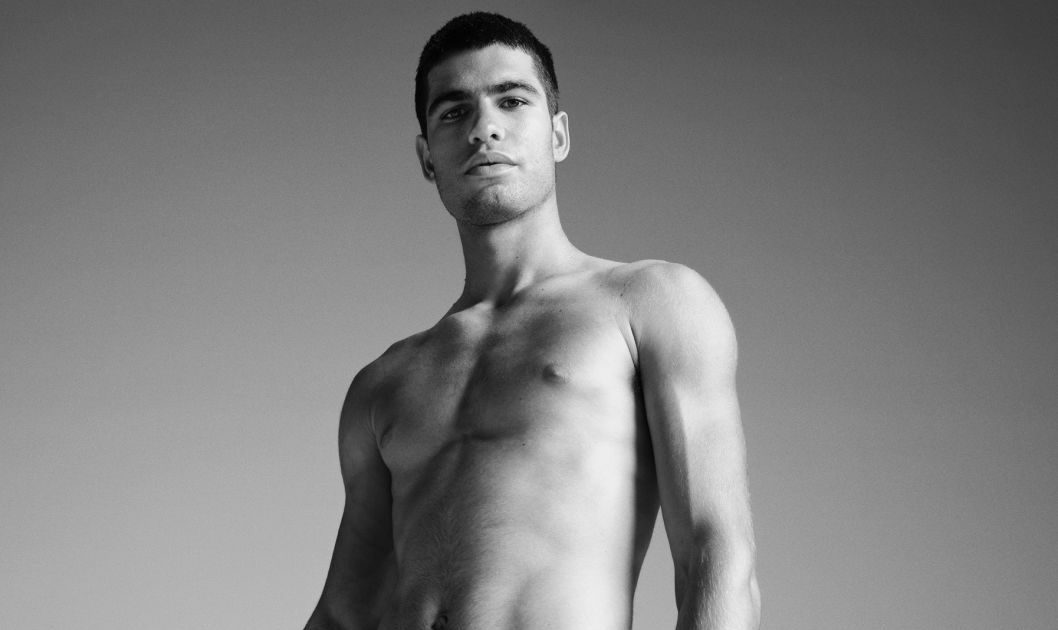 World No 1 Carlos Alcaraz has left little to the imagination with his new advertising campaign for Calvin Klein underwear.

The commercial offers have been flowing for the US Open champion after his breakthrough year of 2022 saw him win his first Grand Slam title and top the ATP rankings.

Alcaraz is now the hottest player in tennis and he confirmed as much with a set of photographs that certainly caught the eye.

“Continuing the visual narrative that debuted in Fall 2022 with actor and singer-songwriter Maya Hawke and professional footballer Romelu Lukaku, Calvins or nothing has since featured other of-the-moment talent, including top athletes from around the world, in Calvin Klein Underwear,” read the press release to announce the Alcaraz launch.

“A record-breaking global sports phenomenon, Carlos is captured in a series of raw, stripped-back portraits and videos shot by Gray Sorrenti.

“The powerful black and white visuals highlight Carlos’s strength and confidence and recall the innate sensuality the brand is known for. Carlos is pictured in our signature Modern Cotton, Cotton Stretch and Cotton Classic Underwear, as well as the new Classic Straight denim.

“He is also seen in select styles from the new Calvin Klein 1996 Underwear collection, which launches next week.

“Featuring black and white colorways and a selection of bold prints, the 1996 collection offers an energetic twist on the brand’s classics, reimagined for a modern look and feel.”

introducing @carlosalcaraz, as seen on set in the all new Calvin Klein 1996 underwear. want to see more? pic.twitter.com/z5qRyiTQ4a

Alcaraz has posed for a series of images to launch the campaign, as he looks to cash in on his huge marketability as one of the world’s most talked-about sporting stars.

This is a step forward in Alcaraz’s promotional career and he suggested last year that he is getting used to being famous.

“I tell everyone I don’t consider myself to be famous. When I get recognised, I take it in stride,” he said.

“The team is there to tell me about the bad things and although it frustrates me, it’s better for me.

“At first it was tough. I was very difficult. [Coach] Juan Carlos [Ferrero] had a tough time, because I was really disorganised. And I still am, just a bit less!

“I didn’t control my emotions well and I didn’t have my head straight.”

These images will certainly be used time and again if Alcaraz continues his rise in the game, but he will be missing from the first Grand Slam of the year.

The Spaniard confirmed his persistent injury will rule him out of the Australian Open.

Writing on social media Alcaraz said: “It’s time to deal with another blow. When I was at my best in pre-season, I picked up an injury through a chance, unnatural movement in training.

“I’d worked so hard to get to my best level for Australia but unfortunately I won’t be able to play the Care A2+ Kooyong (warm-up event) or the Australian Open. It’s tough, but I have to be optimistic, recover and look forward. See you in 2024 @australianopen.”