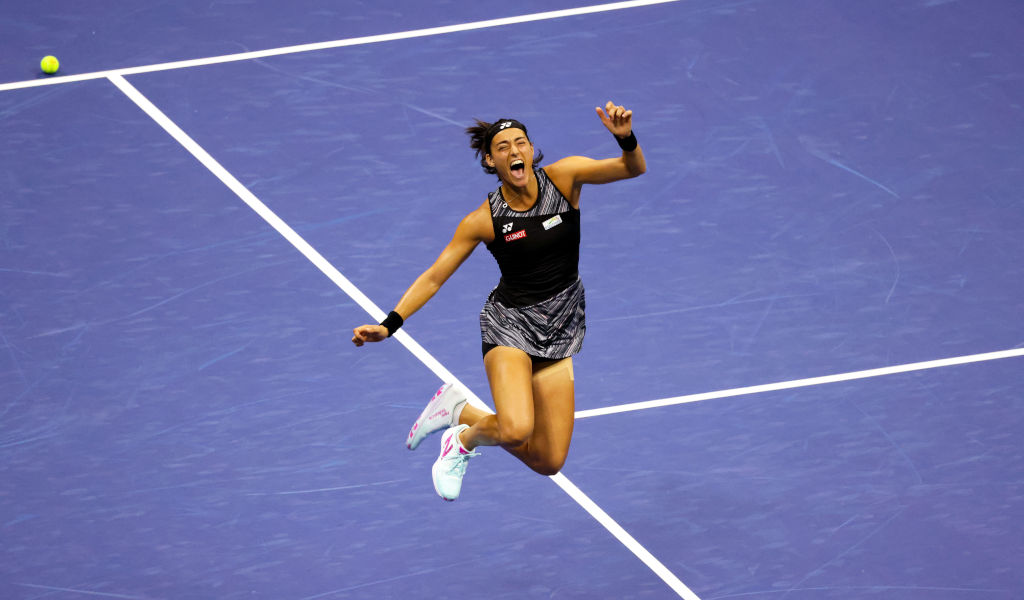 Caroline Garcia powered her way past Coco Gauff and into her first grand slam semi-final at the US Open.

Eleven years after Andy Murray predicted Garcia would be world number one when, as a 17-year-old, she led Maria Sharapova at Roland Garros, the Frenchwoman is in the form of her life.

Gauff has also had a great summer but she had no answer to the unerring ball-striking of Garcia, who will take on fifth seed Ons Jabeur in the last four after a 6-3 6-4 victory.

Garcia reached her first grand slam quarter-final five years ago and in 2018 hit a high of fourth in the world rankings, but there had been significantly more downs than ups since.

“It was a very intense match,” Garcia said. “Every point, every game was really tough. The atmosphere was really American with a lot of energy out there. I’m just very happy with the performance today, to manage the emotion in my game.”

She was ranked 75th in mid-June when she headed to the grass courts of Bad Homburg in Germany and went on to pick up her first title in three years.

Coached for most of her career by her father Louis, Garcia has thrived under new coach Bertrand Perret and arrived in New York buoyed by two further titles – on clay in Warsaw and the big hard-court event in Cincinnati.

Back in the top 20, Garcia has ridden that wave at Flushing Meadows and this win made it 13 consecutive victories.

Gauff sent down the fastest women’s serve of the tournament in the second round at 128 miles per hour, but Garcia was all over the return from the start of the match and powered her way into a 4-0 lead.

Her groundstrokes flew into the corners and left Gauff, one of the game’s best athletes, scrambling at thin air.

The American, who was unable to get the crowd into the match like she had in her previous victory over Zhang Shuai, was frustrated by errors that compounded her problems.

“You’re playing someone off the bat, they’re standing on top of the baseline and ripping balls, it’s not easy,” Gauff said. “She has the type of game that you kind of have to adjust to because I feel like it’s not hit-or-miss because she definitely makes more, but you’re hitting a good serve, and sometimes you’re not expecting the ball to come back as fast and as deep as she was hitting it.”

She got a foothold in the set with two games in a row but Garcia did not allow it to get really tight, and the Frenchwoman struck again at the start of the second set.

Gauff did everything she could to try to get the break back but every time she created a sniff of an opening, Garcia shut the door.