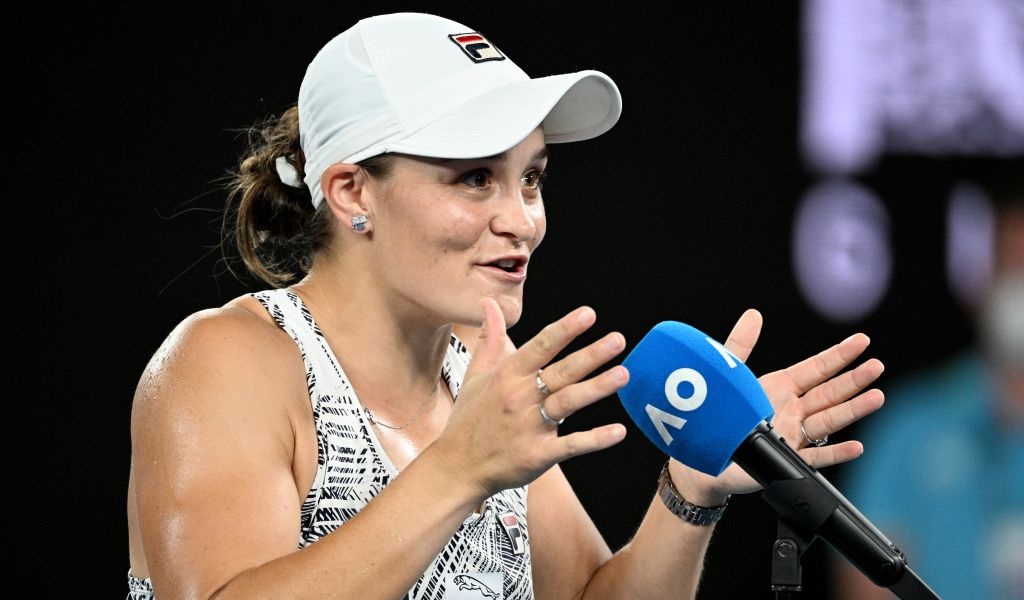 Ashleigh Barty will fulfil a dream forged in childhood when she becomes the first Australian woman in more than 40 years to play for her home grand slam title.

The world number one went into her semi-final against Madison Keys on an expectant Rod Laver Arena having not come close to dropping a set all tournament and eased to a 6-1 6-3 victory in only 62 minutes.

Australia has been waiting for a women’s singles finalist since Wendy Turnbull back in 1980, with Chris O’Neal the last home champion in the women’s or men’s singles two years earlier.

Made Down Under ™️

“I would have only been 11 or 12 years old and came down for a training camp in the second week of the Australian Open. To see how professional it was and to see everyone going about their business was really eye-opening. My first taste of it was in the juniors and I loved it,” Barty told the media.

“Over the last three or four years I’ve loved playing here in Australia. I’ve had my best results here over the last little period. It’s really exciting now that we get to play for a title on a Saturday at your home slam.”

This is the fourth year in a row that Barty has reached at least the quarter-finals, with her best run previously a semi-final showing in 2020.

It has been noticeable how relaxed the 25-year-old has been this year carrying the hopes of her nation, and she vowed to relish the occasion on Saturday when she takes on first-time slam finalist Danielle Collins.

Barty added: “Absolutely embrace it. You have to. It’s fun. It’s brilliant to be playing in the business end of your home slam. I’m not going to lie about that. It’s amazing.

“I think being able to experience it multiple times has been incredible, but Saturday’s going to be a new experience for me. So I go out there and embrace it, smile, try and do the best that I can and whatever happens, happens.

“It’s been an incredible January, an incredible summer for us. I’m really looking forward to having one last crack here to really go out there and enjoy it.”

🇺🇸 Danielle Collins takes out the No.7 seed Swiatek to claim her place in the #AusOpen final for the first time in her career! pic.twitter.com/yTcuPoyjvF

Collins was almost as emphatic in defeating seventh seed Iga Swiatek, the feisty American powering her way to a 6-4 6-1 triumph.

Collins, ranked 30, was playing in her second grand slam semi-final after also making the last four in Melbourne in 2019 and has returned to the top of the game following endometriosis surgery last spring.

The 28-year-old’s brand of first-strike tennis was simply too much for Pole Swiatek, who won only three points on her second serve during the match.

“It feels amazing,” said Collins. “It’s been such a journey and it doesn’t happen overnight. It’s incredible to be on this stage and especially with the health challenges, I’m just so grateful. I couldn’t be happier.”

“To play against the number one player in the world in her home country, I think it’s going to be really spectacular.”