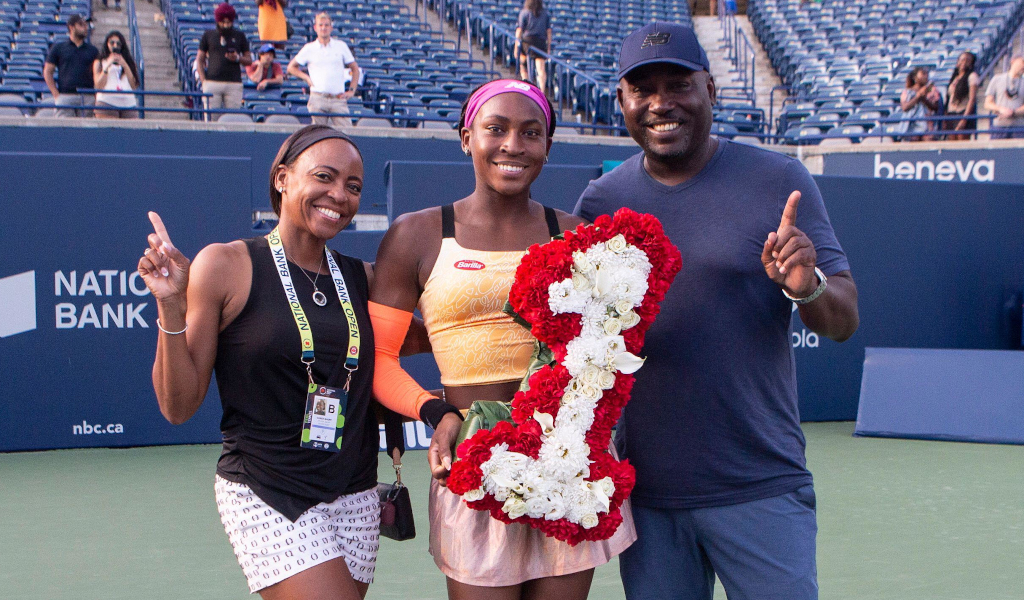 Coco Gauff had to keep her emotions in check in a topsy-turvy second round Australian Open win over Emma Raducanu at the Rod Laver Arena on Wednesday, but by her own admission, she could see her mother was struggling with nerves.

Gauff (18), the seventh seed in the women’s singles, beat Raducanu 6-3, 7-6, but it was not her most assured display as she made several unforced errors in the second set, allowing Raducanu to force a tiebreak despite trailing 4-2 at one point.

“I don’t look at [my nervous parents] too much in the match,” she said, as per Eurosport. “When I say, ‘come on!’, it’s usually in the direction of the box.

“I know my mum gets nervous… I only got a peek of her on the screen with her head down, and I was like [head in hands].

“I didn’t know what was going on in her head then, and I don’t think I want to know!”

Gauff, who hails from Atlanta, Georgia, is pursuing a first grand slam title, having lost the final of last year’s French Open to Iga Swiatek.

20-year-old Raducanu has never been ranked above 10th in the world, but claimed a shock victory at the 2021 US Open. She has since struggled to live up to lofty expectations caused by her own success.

However, Raducanu can at least take pride in taking the game to Gauff.

Before the pair met, Gauff claimed that although she herself has been ranked as high as no.4 in the world, Raducanu was under more pressure to perform than she was by virtue of being a rare British star with a grand slam title to her name.

“I talk to her pretty much at all the tournaments,” Gauff revealed.

“I didn’t really know her that well in juniors, but I’ve got to talk to her more on tour now.

“Obviously she’s gone through a lot of pressure, bursting onto the scene. I feel like probably more than I have experienced coming to win a Slam.

“Especially being from the U.K., the first British person to do something in a long time, probably is a lot more pressure than what I’m used to being an American.

“Obviously I was a lot younger when I got the attention, so I definitely think handling it at an older age is a little bit easier than at 15. But also, at the same time, I didn’t win a Slam.

“There’s always, for American fans, someone to look to. Whereas I feel like, the British, it’s just her. There’s other British players, but no one has done what she’s done and gotten that far in a Slam.”

Gauff has yet to learn her next singles opponent, but she and Jessica Pegula will face Donna Vekic and Tereza Martincova on Thursday in the first round of the women’s doubles.