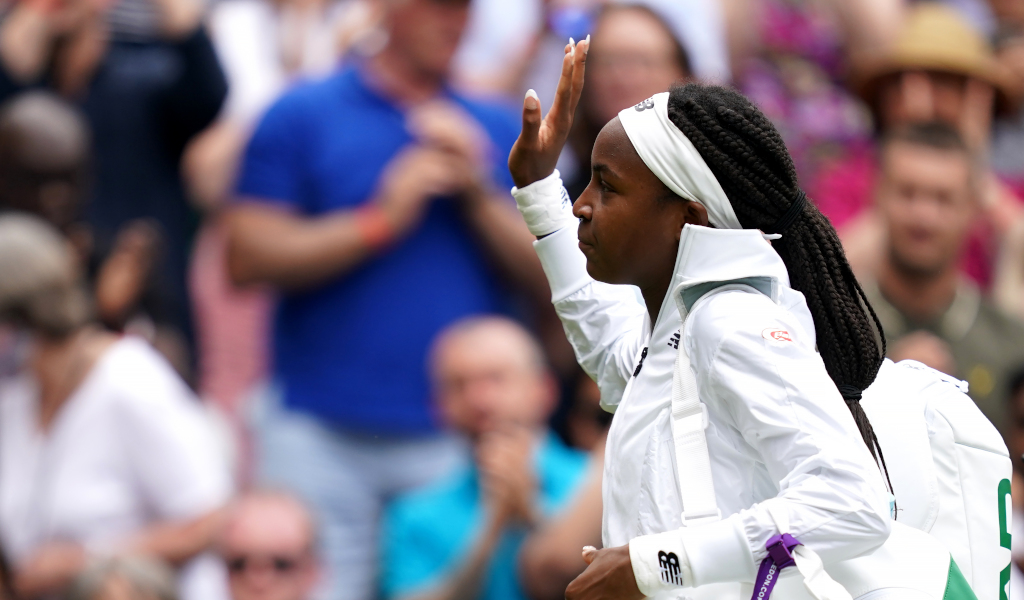 Coco Gauff enjoyed a successful Centre Court homecoming as she easily beat Elena Vesnina 6-4, 6-3 to make it through to the third round at Wimbledon.

The American was back at the scene of where her life exploded two years ago, when, as a 15-year-old, she became the story of the Championships by making it from qualifying to the fourth round.

Her Centre Court debut came in the third-round victory against Polona Hercog, producing some of the most memorable scenes in the tournament’s history as she saved match points to earn a famous win.

Her journey ended against eventual champion Simona Halep in the next round, but she became the sweetheart of the main show court.

And on her first return there she showed how far she has come, easing past former world number 13 Vesnina.

It took just 70 minutes, but she will have designs on spending much more time there before her stay at SW19 this year is done.

Gauff claimed to be nervous as the memories came flooding back, but she showed little in the way of anxiety.

She saved two break points at 2-3 in the opening set and that proved pivotal as she then took advantage of a weak service game from the Russian to break and go 4-3 up before seeing the first set out.

Gauff put her foot on the pedal and surged into a 3-0 lead in the second set, with two breaks of serve, which led to Vesnina needing a medical timeout on a back injury.

“People say No.1 Court is my court… but I guess Centre can be my court as well” – @CocoGauff #WImbledon pic.twitter.com/cclQHz2hDJ

That treatment worked wonders as she immediately reclaimed one break to put the pressure on the 17-year-old.

Vesnina, a former semi-finalist at SW19, was still receiving treatment at the change of ends and she could not make a comeback, gifting Gauff the win with a double fault on match point.

The American said in her on-court interview: “It means a lot to be back here on Centre, this court makes me the most nervous than any court in the world.

“After I win the matches it is one of the best feelings, but I was super nervous coming in. There is no other court like Centre Court at Wimbledon.”