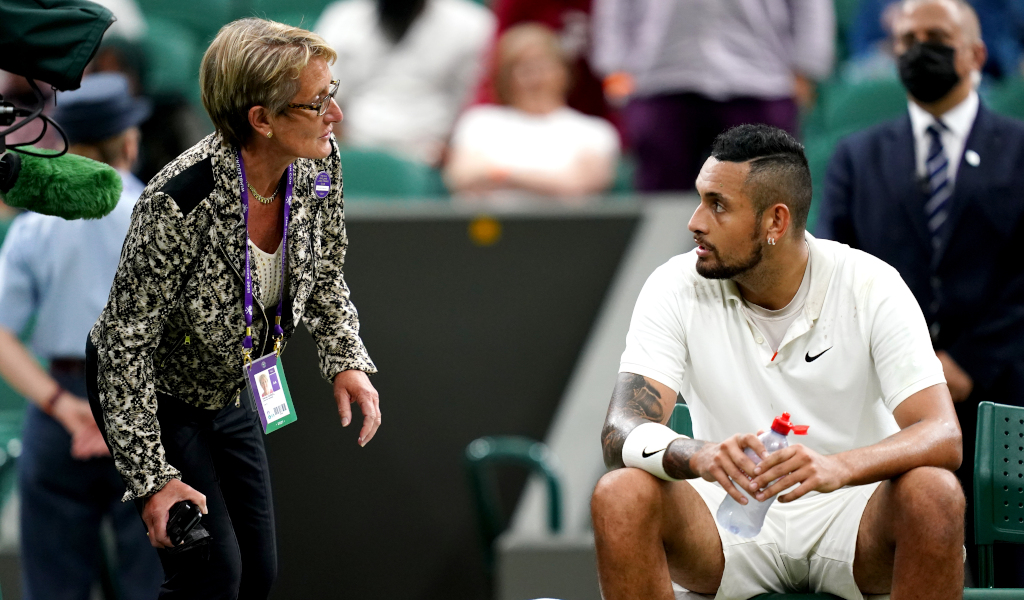 Nick Kyrgios made a belated entrance and was then hauled off too early, at 3-3 in the deciding set, after providing a late-night thriller at Wimbledon.

The eccentric Australian found his match with Ugo Humbert shoved back to an 8pm start under the Court One roof due to rain.

And a thrilling encounter had to be halted after just under four hours due to Wimbledon’s strict 11pm curfew.

The decision drew a few boos from an enthralled crowd before a standing ovation for the players, who will now have to come back on Wednesday.

Play is suspended with Kyrgios and Humbert tied at three games all in the deciding set – who will go on to claim victory?#Wimbledon pic.twitter.com/1qDgmCByIi

Kyrgios was playing only his third event of the year but did not look particularly rusty as he came from 3-1 down to take the first set, throwing in a trademark underarm serve for good measure.

But Frenchman Humbert, seeded 21 and in fine form on grass after his win in Halle, hit back to lead 2-1.

Ever the showman, Kyrgios tried the tweener behind the legs shot when facing set point in the third, and as is so often the case, it let him down.

But a 43-second game of three aces and an unreturnable serve suggested Kyrgios meant business in the fourth.

Clearly keen to get the job done on the night, he rattled through the set with an astonishing display of power, getting 95 per cent of his first serves in and winning every one of his second serves.