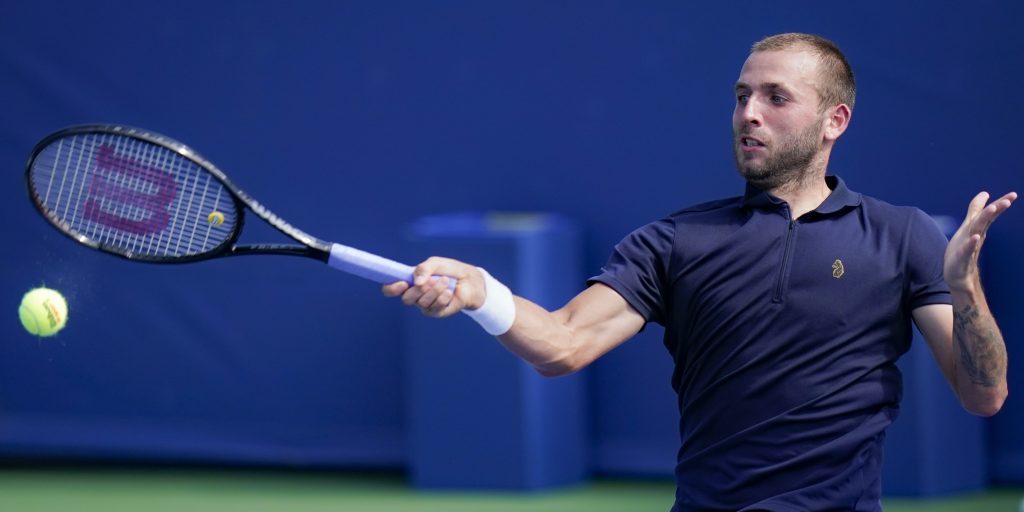 British interest in the singles at the US Open ended disappointingly early with defeats for Dan Evans and Cameron Norrie.

Four British men reached the second round in New York for the first time in nearly 50 years, with Johanna Konta also winning her opening match, but fortunes have nosedived since.

Only Norrie reached the third round, for the first time in his career at a grand slam, but he was unable to take advantage of a very good chance to go further, losing 7-6 (7-2), 4-6, 6-2, 6-1 to Spain’s Alejandro Davidovich Fokina.

Dan Evans falls at the #USOpen

Evans followed his countryman onto Court Five for the conclusion of his second-round clash against another 21-year-old, France’s Corentin Moutet, after rain intervened on Thursday evening.

They resumed at one-set all and Evans won the first point to take the third set to a tie-break.

Evans has secured some tremendous victories this season but his two most disappointing losses have come at the slams, with this defeat following one to another tenacious competitor, Yoshihito Nishioka, in Australia in January.

The 23rd seed berated himself for his performance, saying: “I was up in the match on numerous occasions so there’s nothing to blame apart from myself.

“I didn’t do anything really well. My forehand was woeful. I lost in four tight sets but I played as bad as I’ve got. Obviously I have to go home and think about a few things.”

Norrie also had his chances against 99th-ranked Davidovich Fokina but collapsed after breaking for a 2-1 lead in the third set, losing 11 of the last 12 games.

He could be heard on court complaining about his eyesight and later blamed dehydration.

He said: “I was real dehydrated and (my vision) got a little bit blurry (at) the start of the third when I broke. I was not really seeing the ball that clearly.

“Towards the end I managed to drink a little bit more and actually felt great in the fourth set but it was too late, he played freely and he played great.

“I usually love the heat. It was a little bit the moment. It was obviously a big match. I was drinking as much as I could so no real explanation. I enjoyed the match. If you can’t enjoy being in the third round I don’t know what you’re doing.”

Norrie can certainly head home with his head held high after the best slam victory of his career over Diego Schwartzman in the first round and a second-round success against Federico Coria.

The British singles contingent will now turn their attentions to clay ahead of the French Open at the end of this month but there was better news in doubles, where Australian Open champions Joe Salisbury and Rajeev Ram are through to the quarter-finals.