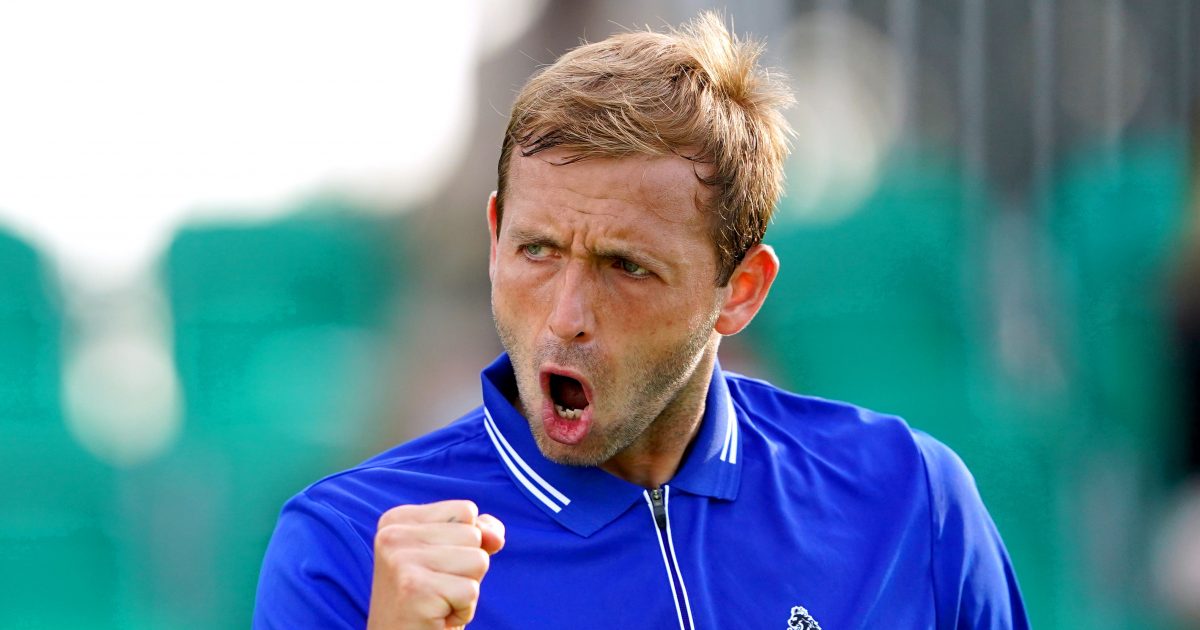 Dan Evans fought off the lasting effects of Covid-19 as he overcame hot conditions and Brazil’s Thiago Monteiro to reach the US Open second round.

Evans arrived in New York on the back of four defeats in his last five matches since Wimbledon after missing the Olympics because he contracted coronavirus.

The 31-year-old started the match well but his energy levels plummeted in the second set as it appeared his worst fears were to be confirmed.

Yet in the searing heat, Evans rallied and – aided by putting ice packs on his feet at the changeovers – managed to win the next two sets to progress.

“It wasn’t easy. I felt pretty bad and I just hung in there really,” Dan Evans said in his post-match press conference.

“I was playing better than I had been, but physically I wasn’t feeling great. I had a pretty bad headache – that’s something that I’ve never had before.

“I think the lack of matches in my legs played a big part and made me feel tired – at least that’s what I hope it is.

“Usually I enjoy playing in hot and humid conditions and I feel that I am pretty good in those conditions, but today I wasn’t.

“I don’t know if it is because I haven’t played a lot and I am not very fit at the minute or if it is the lasting effects.

“I got through and did a good job and I would probably say I was the better player.”

Evans will play American Marcos Giron or France’s Antoine Hoang in the second round.