‘It’s going to be a great atmosphere,’ says Dan Evans after setting up Roger Federer clash in Doha 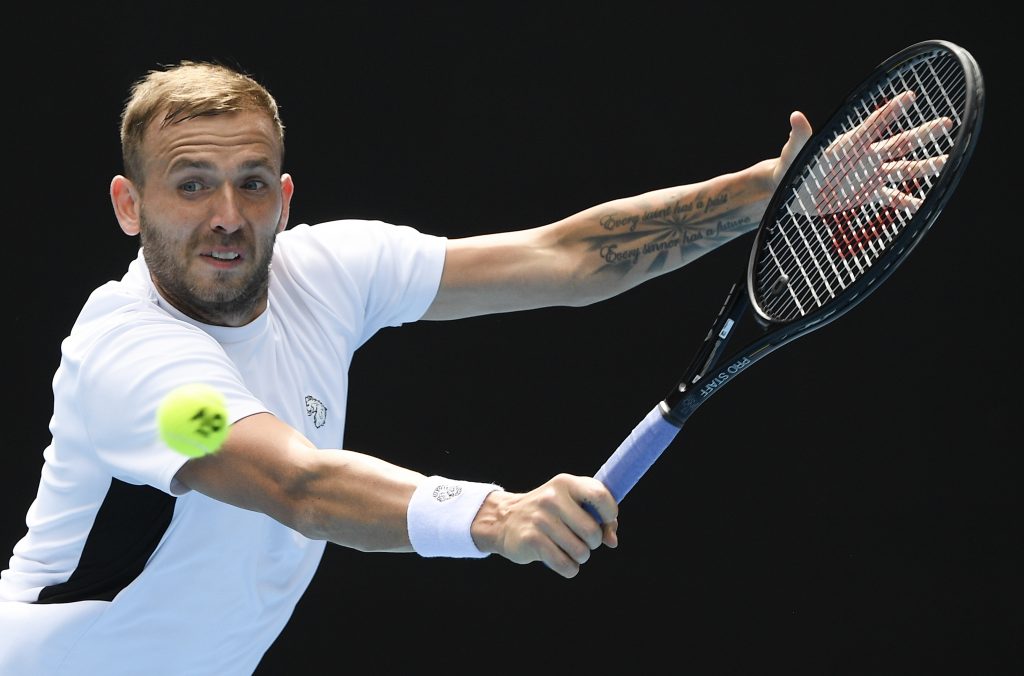 Dan Evans will be Roger Federer’s opponent for the first match of his comeback after beating Jeremy Chardy at the Qatar ExxonMobil Open in Doha.

Federer, who has a bye through to the second round, is playing in his first tournament since last year’s Australian Open after two knee operations.

He has been training with Evans in Dubai in preparation for his return to the tour and the British number one will get the chance to use that inside knowledge when they meet in the second round.

Evans was playing his first match since an opening-round loss at the Australian Open a month ago and had to dig deep to claim a 6-4, 1-6, 6-2 victory over in-form Frenchman Chardy.

Dan Evans defeats Chardy 6-4 1-6 6-2 in Doha and will play Federer in R2 on Wednesday! pic.twitter.com/PaXn2y9HCb

The first set took more than an hour, with Evans saving all 10 break points he faced, including six in his first service game.

He broke the Chardy serve in the next game and managed to hold onto his advantage.

Evans defeated Chardy comfortably on the way to his first ATP Tour title in Melbourne last month but the Frenchman arrived in Doha high on confidence after a run to the quarter-finals in Rotterdam last week.

Last practice before ✈️
Feeling 💪🏼 and ready to go! pic.twitter.com/kkvQTFvWE4

He finally broke Evans at the 14th time of asking and, with Federer watching from the stands, won the second set with a run of five games in a row.

But Evans surged into a 3-0 lead in the deciding set and, as Chardy began to struggle physically, he ensured there were no further twists.

Evans said in his on-court interview: “It was a difficult match. He played pretty well, served well. I didn’t serve that well. Happy to come through in the third set.

“It’s going to be a great atmosphere, great to come out and play Roger. Always good to play someone as good as him and see where my skills are.”