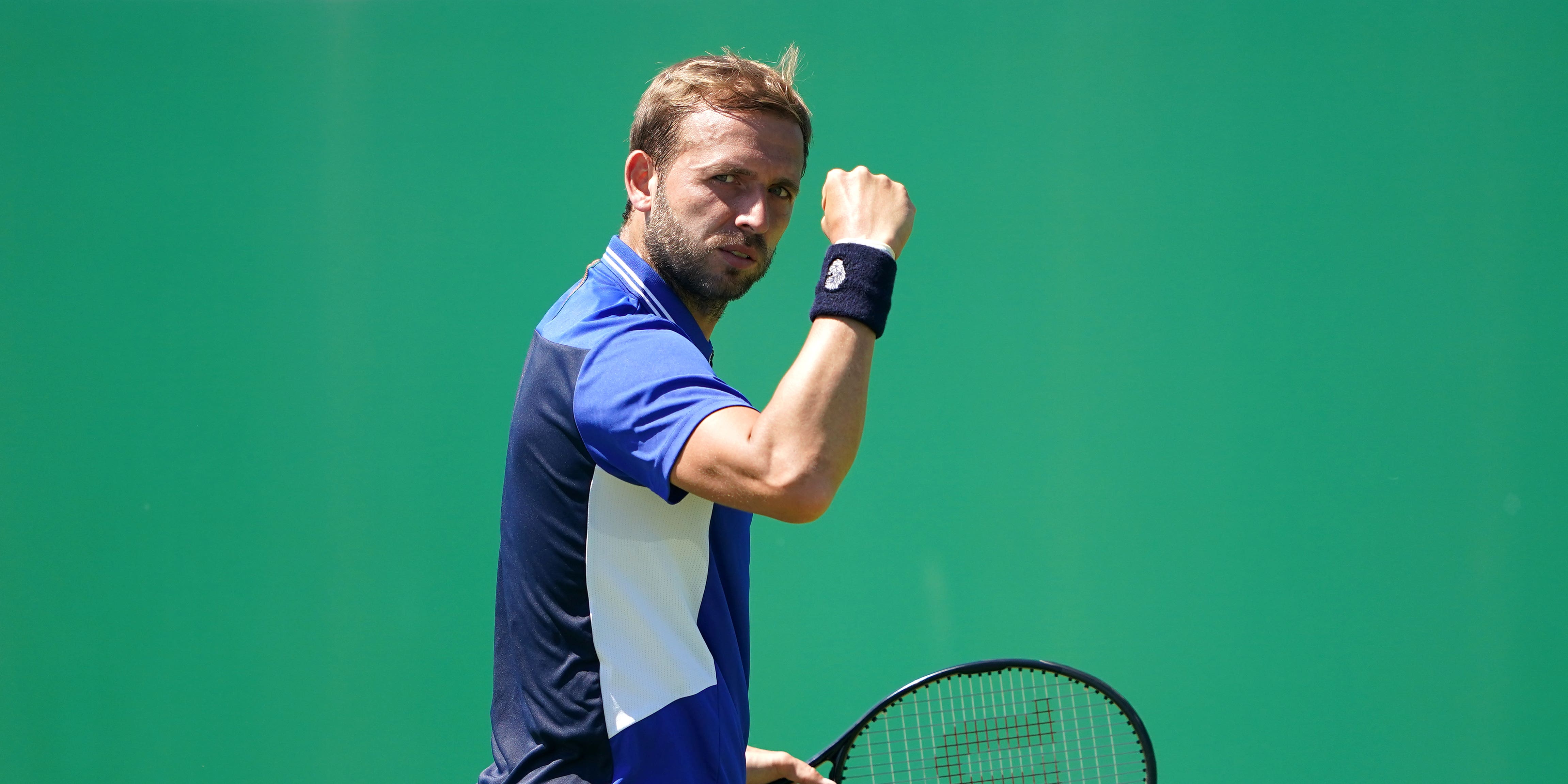 British number one Dan Evans says life in a tournament bubble is no more fun in this country than when he is abroad.

Evans is currently in action in the ATP Challenger event in Nottingham, where he came to after his first-round exit in the French Open last week.

After his loss in Paris he said he was keen to get away from the restrictions that come with playing in a tournament, but the chance to start his Wimbledon preparations with competitive action made him change his mind.

The fact that he is in this country, does not make it any easier, especially as he is not allowed to leave his hotel room apart from when on the tournament grounds.

“It’s just the same old stuff, a normal bubble really,” he said. “Nothing comforting about this one.

“It’s a difficult one and obviously going to be a long one [this summer]. I’m hoping when I get a few days [in between tournaments] I can just nip in and out, which will be nice. We all know it’s got to be done, so we’ll do it.

Evans was allowed one hour’s walk a day when in Paris and he took full advantage, but he is not even allowed that in Nottingham.

“It was great, you definitely take it for granted, sitting in a hotel room is not the normal life,” he said.

“It’s pretty nice to go for a walk by the Eiffel Tower for an hour. It was good but it is a little different here. Some interesting thoughts on standing outside the door of the hotel.”

Evans will be condemned to even longer in this current bubble after he beat Australia’s Matthew Ebden 7-6 (6) 7-6 (4) to make it into the last eight.

All four sets he has won so far this week have been by tiebreaks.

He added: “The best part about today was how I played on the big points, it was good. Very up and down but it is nice to come through playing some good tennis on the bigger points.

“I have been playing the tiebreaks pretty well recently and it definitely gives you confidence going into the next few weeks.

“It is not about this week, the grass, this is a good opportunity to get some matches and work on my game. It is definitely doing what I set out to do and hopefully I can win some more matches.”