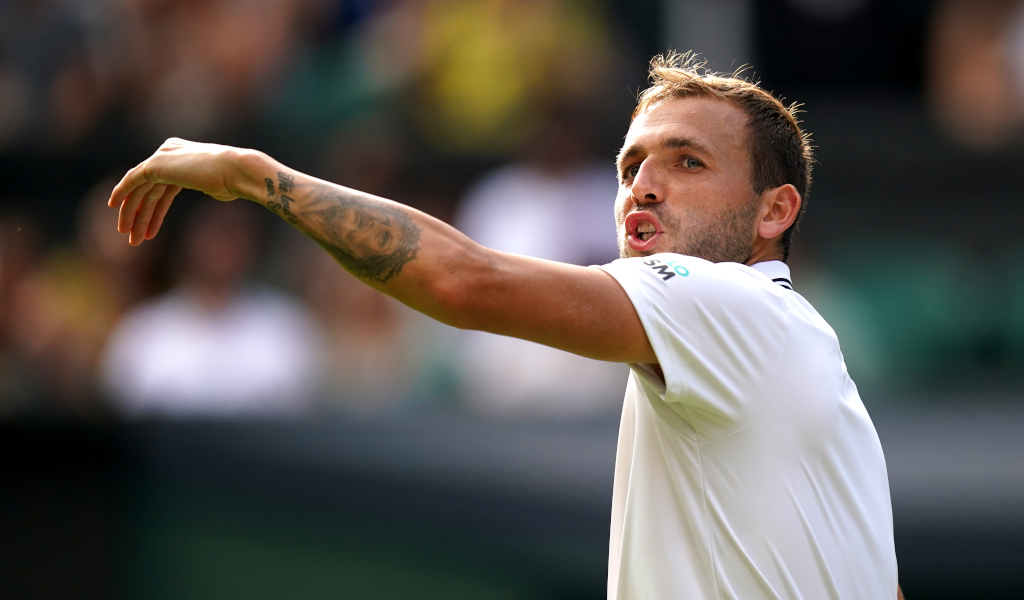 Dan Evans was disappointed he could not deliver a telling Centre Court performance as his Wimbledon third-round hoodoo continued.

The British number one has never made it to the second week at his home grand slam and falls at this stage for the third time after a 6-3 3-6 6-3 6-4 loss on the main show court to upcoming American Sebastian Korda.

Evans, who also went out in the third round in 2016 and 2019, will be frustrated by this defeat as several net cords went against him at key moments, but he lost to a 20-year-old who looks destined for the top.

A debut to remember…

On his first Wimbledon appearance, @SebiKorda sees off Dan Evans 6-3, 3-6, 6-3, 6-4 to reach the fourth round #Wimbledon pic.twitter.com/cJ9zwmIXkI

“It’s disappointing really,” the 31-year-old said. “It’s an amazing court to play on, great atmosphere, but I didn’t get my game on the court.

“All credit to him, he played some strong tennis. He’s obviously going to be a very good player. So it was not a great day.

“I’m massively appreciative of the All England Club for putting me on Centre. It would have been easy to put me on Court One or whatever other court. I really enjoyed the atmosphere. It was great.

“I didn’t feel any more pressure because I was playing on Centre. He probably played the better tennis today, was a bit more aggressive than me. That was the difference.”

Evans is having a decent year but he has still not been able to get past this stage in six attempts at SW19.

But he insists it is not a mental block.

“I have to win that match obviously to go any deeper than I obviously did,” he said. “But I just didn’t think I played a good match. That obviously hinders me from winning the match.

“I didn’t know I’d lost third round before twice or whatever it is. Didn’t think anything of it.

“I prepared for the match properly. I just haven’t been in the big moments today, I wasn’t able to bring my tennis and he was. That’s where the match was won or lost I think. It was clear to see I was getting a little frustrated, as well.”