‘Not a perfect end to the year but it probably summed up year of 2020 for tennis, it was flat,’ says Dan Evans 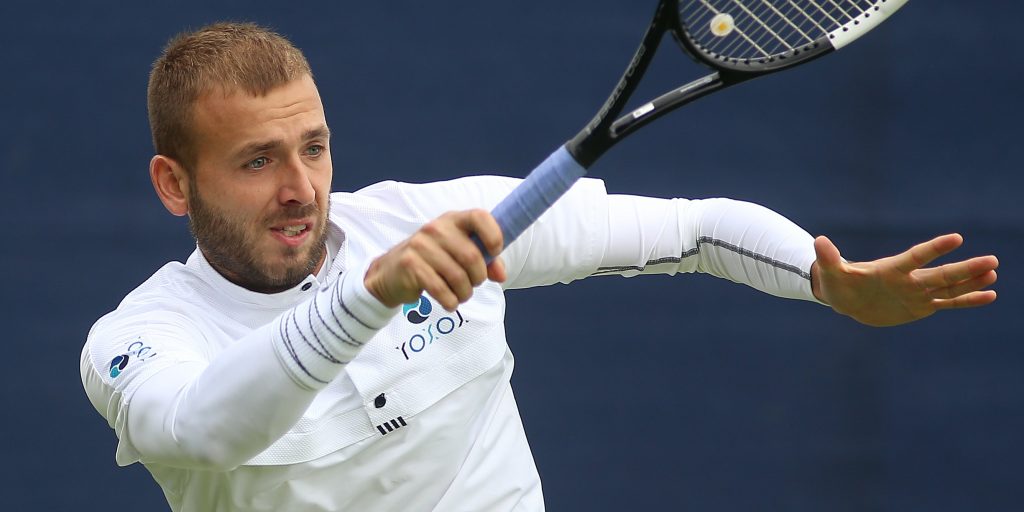 Dan Evans was beaten again by Stan Wawrinka at the Rolex Paris Masters in a “flat” end to his season.

The British No 1 had lost all four previous clashes with his Swiss rival, although he had held match points in two of them, including in St Petersburg last month.

This was another close contest, with a single break of the Evans serve early in the first set proving the difference as 12th seed Wawrinka powered to a 6-3, 7-6 (7-3) victory to move through to the second round.

Stanimal on the loose 😼@stanwawrinka puts his skills on display to down Dan Evans on Central 6-3, 7-6(3) and advance to the second round.#RolexParisMasters pic.twitter.com/ditkOyFv1E

Evans has had a strong indoor season, reaching the semi-finals in Antwerp and Vienna in the last two weeks, and he admitted he found it tough to go back behind closed doors in locked-down Paris.

“Today I found it especially difficult,” he said. “We’ve had some fans back in the stadiums and today it was pretty dead. Such a big court.

“He played good. I only just got here, I had one hit, it was very different from last week, different conditions, different balls. Not a perfect end to the year but it probably summed up the year of 2020 for tennis, it was flat.”

Evans finishes his season ranked 31, just three short of the career-high mark he hit in March.

The 30-year-old has posted some of the best results of his career in 2020, beating eight top-20 players, a tally bettered only by Novak Djokovic and Dominic Thiem.

He struggled to be upbeat, though, saying: “It’s just tough to call 2020 a good year. So much has happened.

“There’s way bigger things than the tour but I just hope we can get things sorted for Australia and then hopefully after that there’s a bit more normality. That’s what I would hope for, get some tournaments where everybody’s back with no restrictions.”

That appears some way off yet and, after returning to locked-down Britain, Evans will begin planning for next season.

Players are expected to have to quarantine for two weeks on arrival in Australia before playing tournaments so they must head Down Under earlier than usual.

Evans has also lined up a trial with Australian coach Chris Johnstone following his surprise split from Mark Hilton.

“Just speaking with him, I liked his method on tennis,” said Evans. “I’d seen him before with quite a few Aussie guys and girls. He’s in Australia, I just thought that could work really.

“He was pretty much the first person I thought could do the job. I’ll just give it a go.”