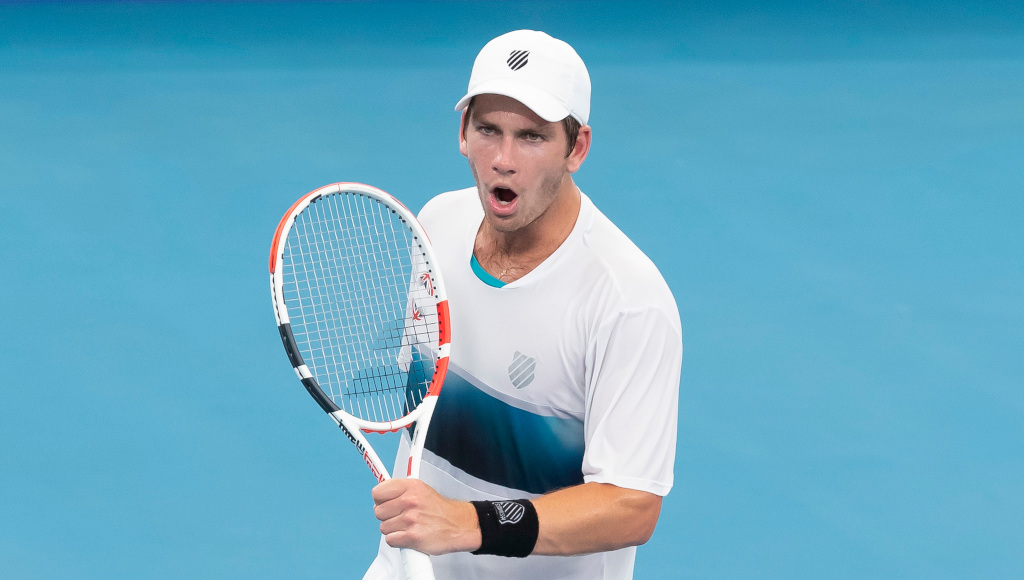 Dan Evans saw his hopes of building on his first ATP Tour title dashed as he crashed out of the Australian Open to compatriot Cameron Norrie.

Evans received code and time violations in quick succession early in the second set as his frustration spilled over in the course of a 6-4, 4-6, 6-4, 7-5 first-round defeat.

It was particularly disappointing for the British number one who had come into the tournament fresh from his victory in the Murray River Open warm-up tournament at the weekend.

But conversely it was a dominant and disciplined performance from his opponent, who saved a set point and won four consecutive games to prevent Evans from forcing a decider.

Evans was the favourite to move into round two but it was Norrie who struck first with an early break which sustained him through a tight opening set to take the advantage.

Having been quietly warned for an audible expletive as the opener edged away, Evans was riled by a code violation being followed almost immediately by a time warning in the first game of the second.

Nevertheless Evans retained enough composure to eke out a marathon opening service game, and the tie looked to be swinging his way when Norrie netted a volley to enable the favourite to pull level at one set all.

The topsy-turvy nature of the tie continued as Norrie piled pressure back on the Evans serve, breaking to go 2-1 up and once again protecting his serve to regain the lead as Evans simmered on the baseline.

Evans stepped up in the fourth, breaking immediately for a 2-0 lead then again for 5-3 when Norrie missed with a forehand.

Serving to level the match, Evans missed a set point chance when he stabbed a cross-court forehand wide, and Norrie seized his chance when Evans uncharacteristically double-faulted on his third break point.

Filled with momentum, a quietly-focused Norrie levelled then broke Evans again before serving out to seal an impressive victory and book his place in round two.