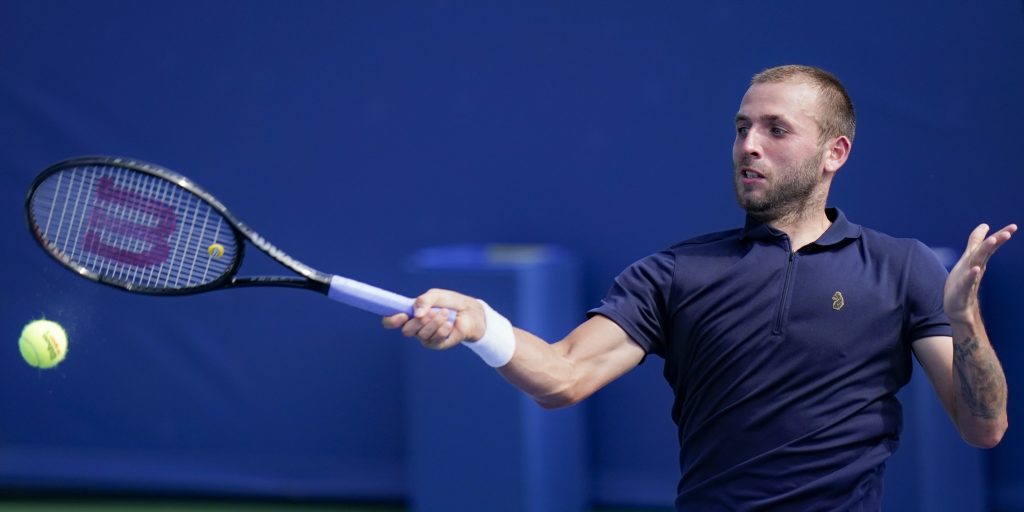 Dan Evans’ battling efforts proved to be in vain as he suffered a five-set loss to former top-10 stalwart Kei Nishikori in the opening round of the French Open.

The British No 1 was seeded for the first time at Roland Garros but was handed the toughest possible draw against a player who is on the way back up following elbow surgery.

Evans dug in superbly after Nishikori found his feet in the second set and forced a decider for the first time in a match on the Parisian clay.

Dan Evans falls in an epic at the #FrenchOpen#BackTheBrits 🇬🇧 pic.twitter.com/7BHn0lcv2K

Evans is no doubt more used to playing in cold, damp and windy conditions than Nishikori, who lives in Florida, and it certainly looked that way in the opening set.

The Japanese player cast many rueful looks towards the sky and sprayed the ball to all parts of Court 14 while Evans showed a positive attitude and an intelligent choice of shot.

The second set was a completely different story, though. Nishikori, one of the smoothest movers and cleanest hitters on tour, reduced his unforced errors from 12 to just three, stepped into the court and left Evans chasing thin air.

🙌 You can’t take your eyes off this one!

Dan Evans takes his first round clash with Kei Nishikori to a fifth set, winning the fourth 6-1 👏#RolandGarros pic.twitter.com/973x9IRwS6

Nishikori continued in the same vein in the third set after a brief rain delay and Evans had to dig extremely deep to halt the run of games against him at nine with a hold for 1-3.

The British number one, who was supported by qualifier Liam Broady among others, fought valiantly to keep it to one break, saving three break points in his next service game and then a set point at 2-5.

Nishikori must have been frustrated not to have finished the set and a remarkable shift saw Evans save a second set point in a run of four games in a row that left him serving for the set.

He could not finish off the comeback, though, and it was Nishikori who played the better tie-break.

Evans reacted brilliantly by moving into a 3-0 lead in the fourth set and, after failing to break in the fifth game, Nishikori settled for a decider.

That may have been no surprise given the former US Open finalist’s remarkable record in fifth sets. Of the 29 he had previously played, Nishikori had come out on top in 23.

He duly made a flying start by winning the first three games but back came Evans again to draw level. The 32nd seed may look back ruefully at the return he missed on his one break point in the next game, and in the end it was Nishikori who seized his chance when it came.