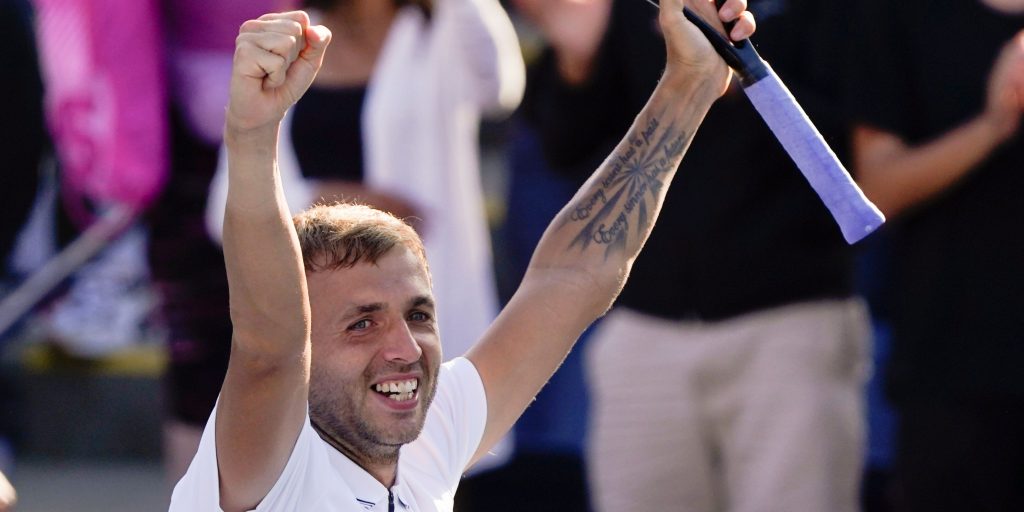 Dan Evans has a first Grand Slam quarter-final in his sights despite the considerable obstacle of second seed Daniil Medvedev standing in his way.

The British No 1 recovered from two sets down to beat Australian Alexei Popyrin in a deciding tie-break on Friday and will play in the fourth round of a slam for only the second time.

Evans had previously reached the third round at Flushing Meadows three times, holding a match point against eventual champion Stan Wawrinka in 2016, but had never made it further.

The 31-year-old arrived in New York low on confidence after a bout of coronavirus left him playing catch-up physically but he has shown why he is regarded as one of the grittiest competitors on tour and goes into Sunday’s clash eyeing an upset.

“I’ve got as good a chance as anyone to do some damage,” said Evans. “I think my game is in a good place. He’s a great, great player, unbelievable competitor, good mover. He’s been playing some unbelievable tennis this year.

“But if I go on the court and think I’ve got no chance and there’s no pressure on me – I think in the pressure situations, if they do arise, you’re not ready for that. You’ve got to go in believing you can win.”

Evans is set to hit a new career-high ranking inside the top 25 by virtue of his run in New York but Medvedev represents a big step up from the opponents the British No 1 has faced so far.

“I think his serve’s an amazing, amazing weapon,” said Evans. “His serve and his movement, two of the best things. I think his serve is underrated. He rolls through his service games very quickly. He obviously puts a lot of balls in court on the opponent’s serve. Those three things are probably his best.

“I don’t want to keep going on about how good he is. I think his ranking gives that away.”