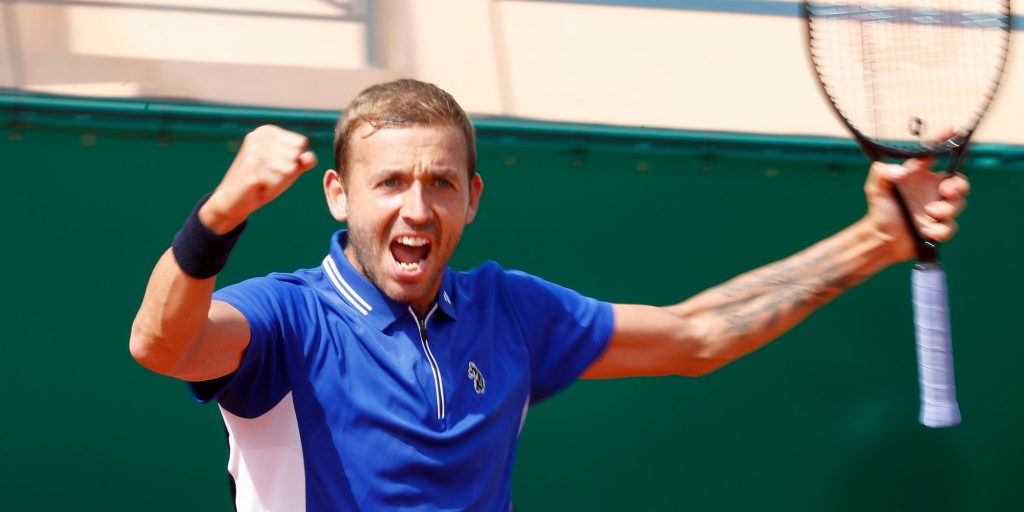 Dan Evans’ new-found mastery of clay continued as he followed up his stunning upset of Novak Djokovic by beating David Goffin to reach the semi-finals of the Rolex Monte-Carlo Masters.

The British number one produced the biggest win of his career over world number one Djokovic and ensured there was no let down as he battled to a 5-7, 6-3, 6-4 victory over 11th seed Goffin.

Evans has now earned as many tour-level clay-court victories and wins at Masters tournaments this week as in the rest of his career combined and is guaranteed to at least equal his career-high ranking of 26 next week.

Evans has made no attempt to hide his dislike of clay in previous years, and Goffin said: “It was only him who didn’t believe he was able to play well on clay.

Now he’s more mature, has a more stable game, and he’s able to fight and believe he can win. “He has a lot of talent. He’s able to change tactics when he needs to. He’s very smart, very precise. When he feels down, he moves forward, makes shorter rallies.”

Evans admitted: “My attitude was obviously pretty poor back then to developing my game on the clay. “There’s no point in looking back. If I look back all the time, I’d be forever looking back and disappointed.

“It’s been a good week. I’m enjoying it. It’s easy to say everybody told me I’d be able to play on it before. It’s not that simple, is it? Otherwise we’d all be winning matches all the time.

“I’ve definitely found my way. The movement aspect of it has been a little easier. I definitely think with last year having the clay so close to this year has definitely helped.”

Goffin could not show similar fortitude and a wild final forehand drew a huge roar from Evans as he celebrated setting up a last-four encounter with Stefanos Tsitsipas.

The Greek has won their two previous encounters easily, and Evans said: “He has handed it to me the last two times we have played. I will change some things a bit, be a bit more aggressive, that is the only way I can play.

“If I get dragged behind (the baseline) like I did today, with all due respect to David, he will come in more and knock the volleys off a bit better, so I need to be the one doing that.”