‘This was my opportunity here and I wasn’t good enough,’ says Dan Evans after US Open exit 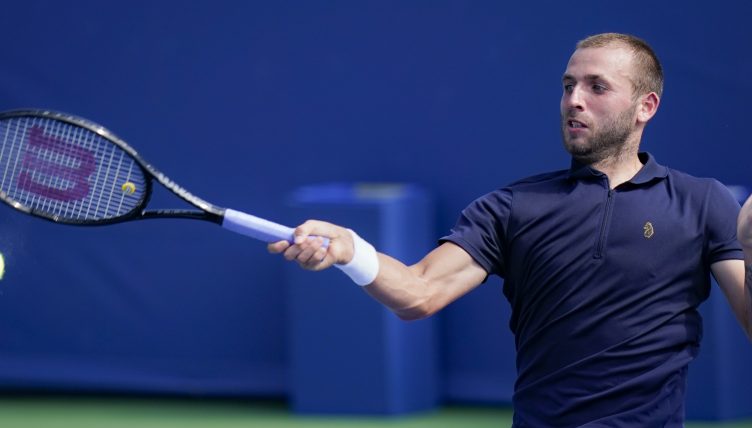 Britain’s singles stars were turning their thoughts to clay before the middle weekend of the US Open after a disappointing couple of days in New York.

Four British men reached the second round for the first time since the mid-1970s but only Cameron Norrie went further, and he was unable to take advantage of a great opportunity to make round four.

Defeats for Dan Evans and Johanna Konta against much-lower-ranked opponents were particularly disappointing, and that frustration was compounded by the fact both players, along with Norrie, failed to turn winning positions into victory.

Dan Evans falls at the #USOpen

The results will once again focus attention on the health of British tennis, but former UK number one Tim Henman believes things need to be kept in perspective.

Speaking on Amazon Prime, Henman said: “Let’s reflect on how many more opportunities and positives that there have been. You don’t need to (look) too far back, certainly to when Greg (Rusedski) and I were playing, and it was two of us.

“The game in this country has got a long way to go, don’t get me wrong, but we’re trending in the right direction. There’s some healthy competition on both the men’s side and the women’s side.

“We need to see the next generation coming through but we’re sitting here and we’re disappointed we haven’t got more people through to the third round. There is an element of positivity there.”

Players would normally head to Asia after the US Open for a series of hard-court events, but the calendar has been rejigged to shoehorn in the French Open, delayed from the spring and now beginning on September 27.

The big Roland Garros warm-up tournament in Rome will take place immediately following finals weekend at Flushing Meadows, with tournaments in Hamburg and Strasbourg also on the schedule.

Evans, who berated himself for his performance against young Frenchman Corentin Moutet on Friday, barely played on clay for most of his career, so convinced was he that his game did not translate to the surface.

But last season he approached it with a new perspective and, although it did not bring any tour-level victories, he gave a good account of himself.

The British No 1said: “I think I played pretty good on it last year, which opened my eyes a bit. I accepted it a bit that it will be a little different.

“I’m looking forward to getting to Rome and playing, I think Rome’s a great tournament, it’s a great setting. Don’t get me wrong, I’d much rather be having a longer hard-court season, but this is what it is now and I’ve got to try and do the best I can. But this was my opportunity here and I wasn’t good enough.”

Norrie has achieved some notable results on clay, not least a spectacular victory over Roberto Bautista Agut on his Davis Cup debut in 2018, and hopes the changes in the calendar could play in his favour.

“I’m moving well and I’m looking forward to the clay again,” he said. “It will be nice being back in Europe playing.

“It will be a bit different playing at this time of year on the clay, maybe it will be a bit quicker and I think it could suit me. I’m happy and lucky to be playing so that will be something else to look forward to. I’m happy to be employed.”